Finding a fresh start with the Dozen Kid Family 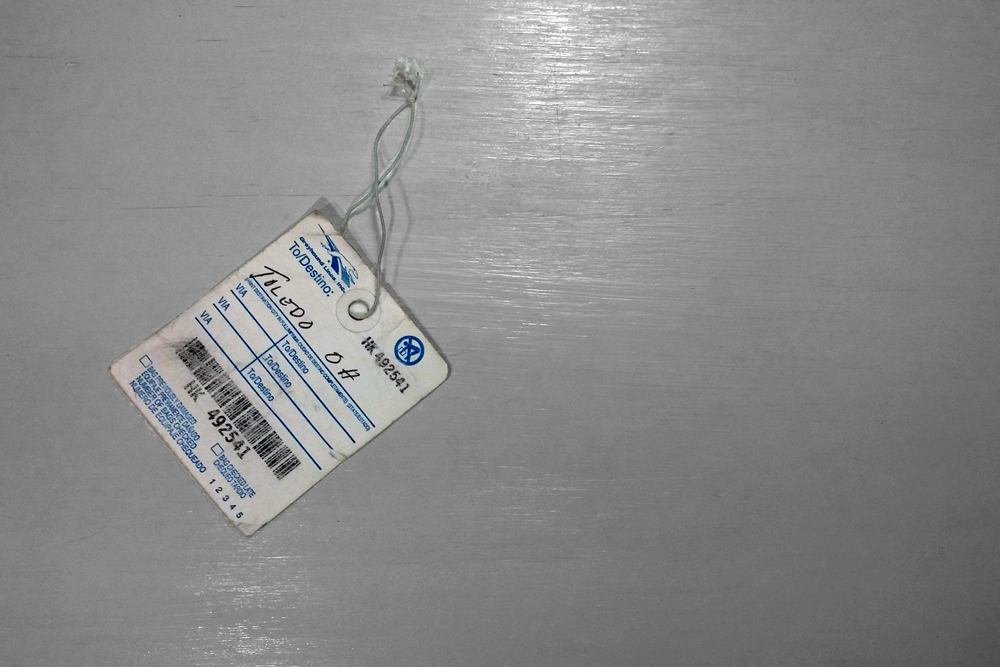 “Will you take me to the Allentown Greyhound station?”, I asked my older sister who had keys to our family’s white Chrysler mini van.

She didn’t need any convincing.

I quickly threw as many clothes as I could fit in my large purple LL Bean duffle bag. My choice in travel luggage shows my naivity — had I known what it’s like to ride a Greyhound Bus out of state, I would have borrowed a suitcase with wheels.

I was packed and ready to go within 30 minutes. Luckily, I wasn’t “archerfriendly” then so I didn’t have to worry about packing food to eat — I could eat anything!

I stood in the side entrance of the house with the door flung open while I said goodbye to my younger sister. This was the door that was closest to our gravel driveway, the same gravel driveway where the Coors Light Drinker had once tried to hit my mom with a car. He ended up running over her foot instead.

The hardest part was leaving my little sister behind. My little sister was in 8th grade when my mom and step-dad separated. She was a 9th grader when my mom met the Coors Light Drinker. At this point in the story, she had just finished her sophomore year of high school.

“I love you so much,” I choked out to my little sister.

This was goodbye. I gave her the other half of a pair of hand carved wooden elephants I got in Zambia when I was 15. The pair was a gift to me in Africa, from someone who said that God would give me a friend for life that would never part from me.

I have always had a special spot in my heart for my younger sister, because of how little parenting she got after 8th grade, compared to how much parenting she had to give. This was the little sister who had to pick up my mom and the Coors Light Drinker at the gas station, soon after she got her driver’s license, because some random person saw them fighting there and called the police. They were both past the legal limit for driving, and someone responsible had to drive them home. That responsible person was my 16 year old little sister.

I could barely manage carrying my duffle bag from the door of the house to the white mini van — I should have taken that as a sign it was a poor luggage choice. To make things even more awkward, I brought my guitar.

When we arrived at the Greyhound Station in Allentown, my older sister gave me a quick pep talk, and off I went, without any tears. I waved goodbye to my older sister in the white mini-van, unsure of when I would see her next.

While on the bus, I had time to think. I wondered about the Coors Light Drinker’s intention to kill himself. Was he going to use a gun? A knife? Jump? OD on drugs? I was surprised he never killed himself behind the wheel, with all the DUIs he had on his record and all the Coors Light he guzzled while he drove.

There was a man who sat behind me on the bus from Allentown to Pittsburgh. I told him I ran away from home. He sniffed out my sheltered church girl, and said, “Well, the Bible says you are to honor your mother and father.” In other words, he was kindly, but passive aggressively, telling me that I was wrong for leaving home.

There was a bus switch-a-roo in Pittsburgh, around 2 am. While I waited for my connection bus to Toledo, I played Jesus songs on my guitar. I sang out loud and didn’t care who was listening. Don’t you wish you were there!

The people I was going to be meeting in Toledo had 12 children of their own. For anonymity purposes, from here on out, I will refer to them as the Dozen Kid Family.

The next day, all went as planned at the Greyhound Bus Station in Toledo. Both the Mom and the Dad of the Dozen Kid Family were there, just as expected. I was really touched that both of them were present to pick me up, especially given that they had so many of their own kids to take care of, let alone someone else’s almost grown-up kid from out-of-state.

They took me back to their home out in the rural cornfields of Ohio. Their younger 7 kids still lived at home. The older 5 were out of the house. They immediately treated me like their baker’s dozen.

I had zero qualms about this Dozen Kid Family. My gut told me they were good.

I was deathly afraid of what my mom was going to do. This wasn’t a situation where I could get text updates of my mom’s fury when she found out (but I’d sure love video footage of her reaction) because I had no cell phone at the time.

On my first night at the Dozen Kid Family home, bright lights pulled into the driveway, followed by a ring of the doorbell at the front door.

The Mom of the DKF answered the door in her robe and slippers.

“Got a call that a 19 year old girl ran away with a 40 year old guy from the internet and that this is where she is.”

The Mom of the DKF went upstairs to get me.

By now, the police officer was standing outside the door staring at the Mom, the Dad, their 6th kid, and me.

“Everything’s OK,” I told the officer as I tried to explain why I had left home for Ohio.

My mom called the police on me, for standing up for her, against her abuser.

I didn’t realize until many years later, that there were a lot of family situations that would have warranted a 911 call. When you grow up in this, and you’re told you don’t have it bad, you don’t ever even think to call 911.  I should have called the police every time my mom tried to drive with an open can of Coors Light in her hand.

After the police officer left the house, the Parents of the DKF got an angry phone call from my mother, where she was most likely using her demon voice. She accused the Dad of being a perv. She called the next night too, most likely past midnight.

I was terrified that they would want me to leave, so that my mom would stop harassing them with her demon voice in the middle of the night. Or that it wouldn’t be worth it to them to have me there.

They reassured me, over and over, with these words:

“Your mom can call our house yelling every single night past midnight, and you are still welcome here. It doesn’t matter what she does, we’re not mad at you and you can stay here as long as you’d like.”

It baffles my brain enough to make me sob that the Parents of the DKF were willing to bear my mom’s rage for a 19 year old girl they met on the internet. They hadn’t even known me in real life for more than a week, and they had firmly decided that it didn’t matter what my mom did — I could stay.

I can only imagine what my mom said over the phone. I’m not even sure how she got their phone number.

My mom called everyone in my family to make sure that they were aware of my decision to “run away with a 40 year old guy from the internet”. Little did she know he was almost 50, if we’re trying to be factual. What really got to me about this is that my mom made her side of the story sound so believable, that she had some of my extended family hoodwinked for years. I never understood why they believed her version of the story and not mine. Maybe because she had two personalities — most of the family knew her as the puppy.

On the home front, my mom began punishing my sisters because I left. She tried to turn them against me, and it worked. Here is an actual email I received from my older sister during this time:

“Archer, it is hell at home. I walked to work yesterday because Mom wouldn’t give me a ride and wouldn’t let me use the phone. I got to the middle school and some old guy picked me up and took me to work. I wish you would come home so this shit is over. It’s like I’m being punished because you left.”

My older sister was pissed. She regretted taking me to the bus station. She told me I was selfish for leaving home. (I recently checked in with her on this, and she said she’s not mad at me anymore!)

One day while sipping tea in the kitchen with the Mom of the DKF, she told me that her and the Dad had an idea.

“What about taking summer classes at Penn State? Then you could declare your independence!”

Within a few weeks, both the Mom and the Dad of the DKF drove me from their house in rural Ohio to an apartment I found to sublet over the summer at Penn State. They also gave me some money to start out, which they said was their “tithe” to God. And I was just a 19 year old girl they met on the internet, with a fresh start.

I'm Starting a Private Practice and it's Called Archerfriendly Wellness
I've been keeping the details about my new private practice off social media and the world wide web until I notified all of my current patients about the transition. I wanted to let my patients ha...
Obligation Is Suffocation
I recently felt obligated to give my presence.  I didn’t want to go.  I had to go, or so I thought.  As long as I was committed to going, a dark cloud of obligation loomed over me everywhere I wen...
Exercise Your Life: Six Areas to Sweat it Out
Your life infrastructure sets the foundation for your health to thrive.  There are things you need to have in place in your life to succeed at this having-a-healthy-body biz.  The next two weeks, ...