Your Husband Can’t Be What Your Dad Wasn’t
<

Liposomal Glutathione Is My BFF

Gives me energy, boosts my motivation, & sharpens my focus 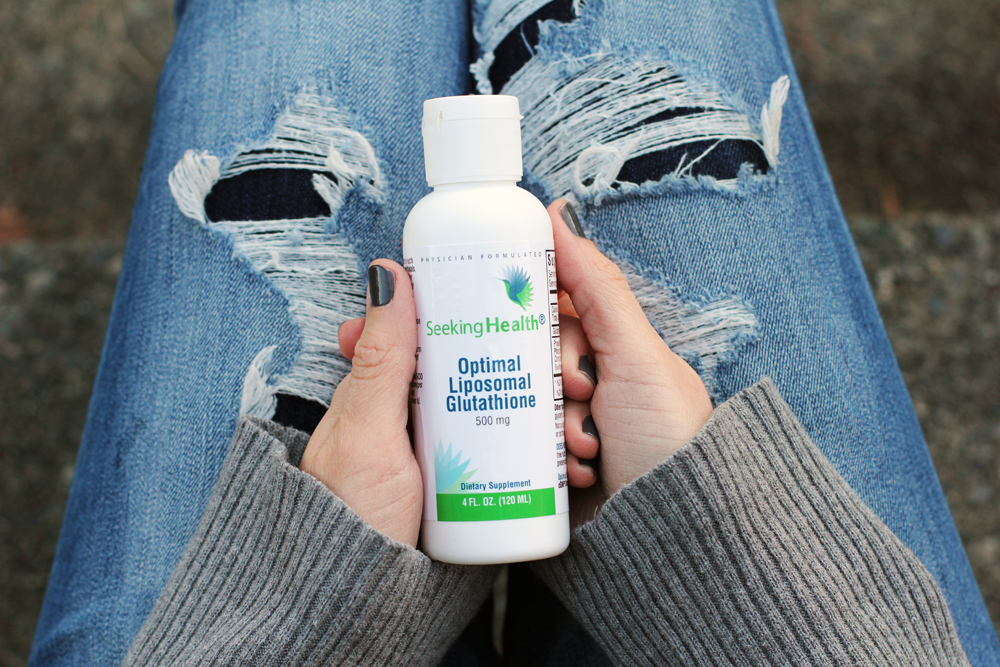 The past year has been really, really hard for me. It has been harder than I expected it to be, and harder than I can admit online or in person. Some of the things that have made it so hard are things that I’ve had to keep very private, without leaving clues anywhere. You could have looked at my personal Facebook account, scoured my Instagram, or talked to me in person, and you would have had no idea.

However, when things were falling apart at the clinic where I was working last spring, I shared some of my distress on Instagram (being honest and transparent on Instagram has helped me find my voice). If you had read these posts here, here, and here, you would have most likely concluded that something crazy was going on and that I wasn’t doing well. That was true. I ended up getting a lawyer and terminated a contract early — I talked a little about leaving that clinic in this post and also here.

As things were closing down at the clinic where I was working last spring, a friend asked me to cover for her maternity leave at a conventional pediatric clinic. I worked there for about two months afterwards. I loved every second of it. It helped to distract me from the heartache of what happened at the clinic I had left. The conventional pediatric clinic was a very warm, positive environment — something I really needed to be in.

Once my maternity leave subbing ended, it was time to step into high gear to start my practice. That is when everything caught up to me. The exhaustion, the burn-out, the feeling down. If it wasn’t for the Wendy’s Eating Husband, I would have never opened my practice on time. It was so difficult for me to organize what to do next and when and how to work. My thinking was cloudy and my desire was low and I just felt so overwhelmingly tired. What I really needed was time off to heal and come back to life again. 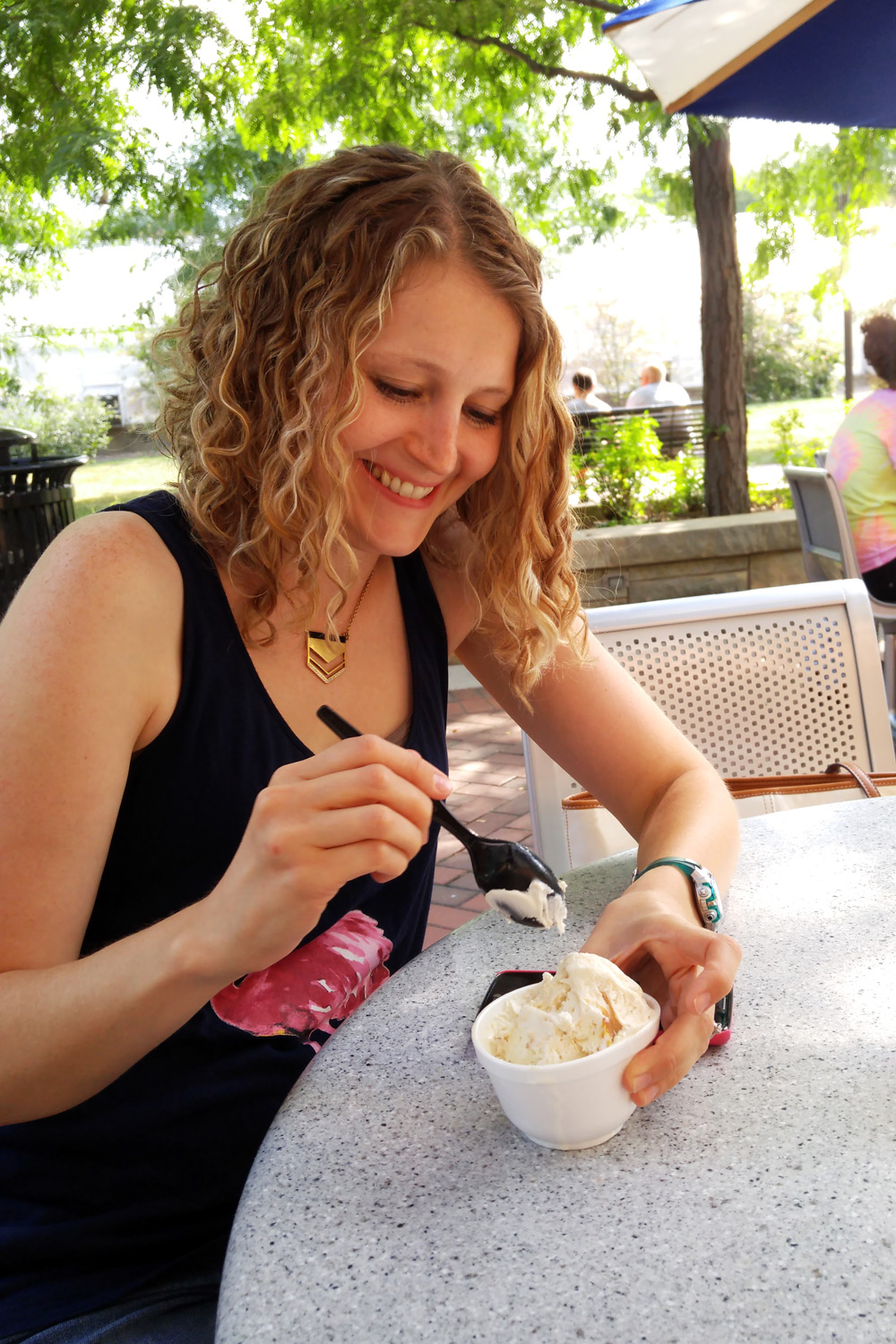 I put a lot of energy into getting better and recovering: I took time off from work, I took a 3 week vacation to the East Coast, I ate a lot of ice cream, I went to weekly therapy, I took 5-HTP, and I joined a gym. It was really all I could do with the little energy I had left — take care of myself.

I was feeling great once the fall started and I got my practice going, but I knew I wasn’t quite back to normal again. I wasn’t my regular self.

I usually recommend one of the following three things for low homocysteine:

I decided to take the liposomal glutathione specifically for my low homocysteine, but also in hopes to boost my mood.

Within a few days of taking 1 teaspoon daily, I felt like I was Humpty Dumpty being put back together again.

I felt normal. I had clear thinking and motivation like I hadn’t known for an entire year. Liposomal glutathione took my brain from a cloudy, grey Seattle sky to bright, California sunshine. After a week of taking the liposomal glutathione, I felt so fabulous, that I discontinued taking the 5-HTP, and I haven’t needed it since.

Glutathione is your body’s best antioxidant (which means it’s going to be the most powerful antioxidant for anti-aging benefits). Some people have a decreased ability to make glutathione and other people have an increased need for it. All kinds of things play into glutathione’s supply and demand — stress levels, genetic mutations, nutrient deficiencies, crappy digestion, a poor diet, and chronic inflammation.

Glutathione plays a key role in many chronic health conditions, including depression. A lowered antioxidant status has been noted as one of the causes of depression, in addition to lower glutathione peroxidase activity (they play into each other). 1  Glutathione peroxidase is the enzyme that helps to make the active form of glutathione. If the enzyme has lower activity, you’ll have less end product. Less end product = less of the active form of glutathione. 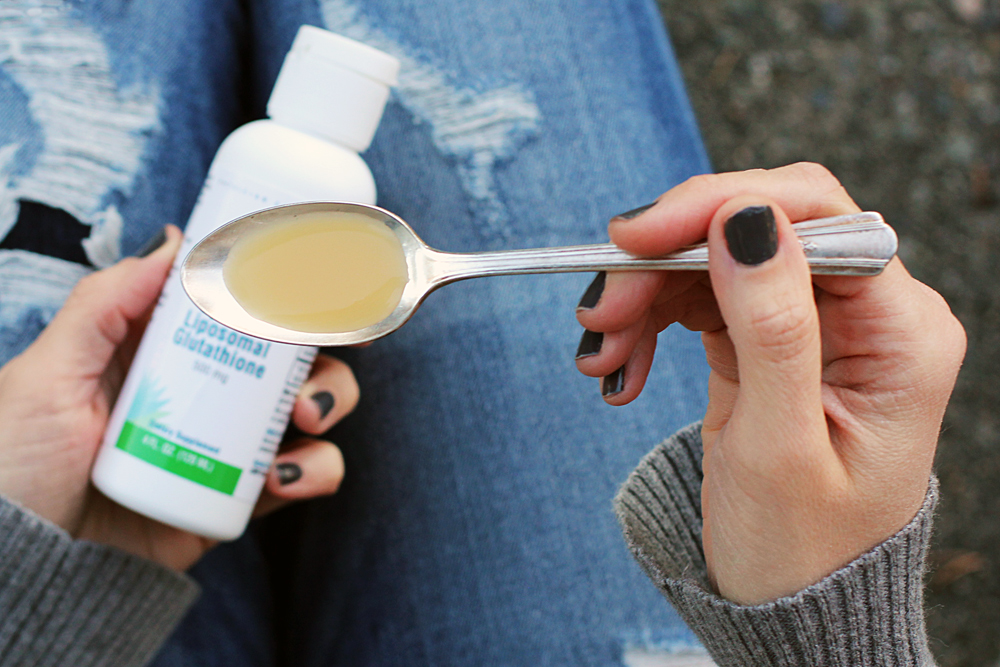 I found it particularly interesting that “reduced glutathione concentrations have been detected in animal models of stress-induced depression”. 1  This is because stress increases free radical production, which deepens your body’s need for antioxidants.2  It is this stress induced not-enough-antioxidant-to-go-around that damages the body. 2  Since glutathione is the mother of all antioxidants, it truly is one of the best things you could ever give to your body during periods of extreme stress.

Stress burns through your body’s glutathione, so you need more of it during times of severe life stress.

The upside of taking oral liposomal glutathione is that you’re giving your body the best antioxidant available in oral form. You really can’t beat that.

Maybe liposomal glutathione will be become your BFF too.

Not everyone experiences such quick, drastic effects after taking liposomal glutathione for a few days. Every body is different. You may need a higher dose or you may need to take it longer before feeling differently. If your body has a lot of inflammation, you may not notice effects right away like I did. However, even if you don’t feel differently when taking it, it’s still doing amazing things for your body. Seeing a naturopathic doctor can help you maximize liposomal glutathione’s benefits!

If you’re super curious about liposomal glutathione, your homocysteine levels, how your methylation cycle is working, or how natural medicine can help depression, I’d LOVE to personally help you in a one-on-one appointment where I can give you my full, undivided attention. You can make an appointment with me at Archerfriendly Wellness, my private practice in downtown Snohomish. I see patients from all over the greater Seattle area, including Shoreline, Lynnwood, Everett, Edmonds, Redmond, and Kirkland!

1. Maes M, Mihaylova I, Kubera M, et al. Lower whole blood glutathione peroxidase (GPX) activity in depression, but not in myalgic encephalomyelitis / chronic fatigue syndrome: another pathway that may be associated with coronary artery disease and neuroprogression in depression. Reprinted from: Neuroendocrinology Letters 2011; 32(2): 133–140.

Dear Wendy's Eating College Guy
Dear Wendy's Eating College Guy, Your friends from high school called you "Frodo", but I think you're cuter than Elijah Wood and I really like your skinny legs.  Your ability to play Ghost with...
No Wonder Your Allergy Meds Aren't Working
Drug companies target histamine to relieve your seasonal allergies. Histamine is the jackpot! They want to make loads of money on your allergies so that they can buy their families all the organic...
Detox Every Day 9: Stop Being So Sure
Anti-perspirant arm deodorant is a double duty detox villain.  It directly impedes your ability to sweat, while exposing you to aluminum at the same time.  Many are willing to pay this toxic price to ...