A Day in the Life of Archerfriendliness
0

Mr. Arsenic Is A Bad Guy & He Ruined Your Rice

mr. arsenic has muddied your allergy friendly food but he doesn't have to muddy you 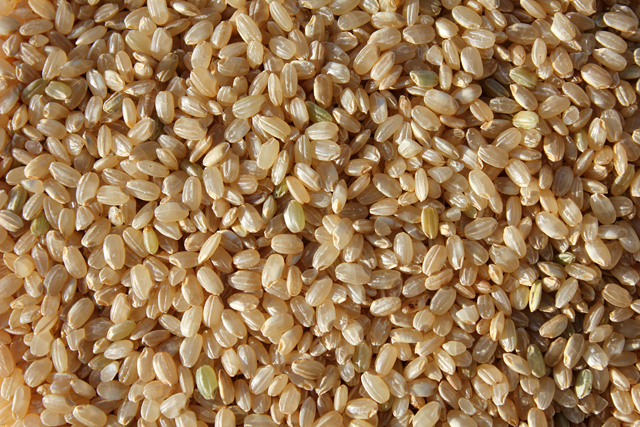 If you purchase gluten-free bread to eat with lunch every day, drink rice milk daily, regularly snack on Pamela’s Chunky Chocolate Chip cookies, and then eat some brown rice with your Thai curry for dinner, you may be exposing yourself to toxic levels of arsenic.  Brown rice is pervasive in allergy friendly food, so it is likely to be in your gluten-free bread and you can check the first ingredient on the Pam’s chocolate chip cookies.

Consumer reports recently conducted an investigation of arsenic levels in both rice and rice products.  The results are serious.

A 2008 study found rice milk in the European Union to contain total arsenic levels above the permissible amount for drinking water, which is 10 micrograms of total arsenic per liter.5  Consumer Reports found inorganic arsenic levels to range from 2.9 – 4.5 micrograms per serving of rice milk (they tested two different brands), which has led them to conclude that children under 4 1/2 should not be drinking rice milk at all.2

Brown rice is worse when it comes to retaining arsenic.  Arsenic likes to hang out where all the nutrition is — in the bran.  White rice has its own perils — it’s really hard on the blood sugar, even if it has less arsenic in it.

Arsenic is a heavy metal that can accumulate in the body and lead to crazy, unexplained health problems.  It stimulates oxidative stress, which generates reactive oxygen species.  This process also makes you age faster.  There is a large body of evidence linking the development of type II diabetes to chronic arsenic exposure.

If you have eaten way too much rice on your allergy friendly diet and you are worried about your arsenic exposure, you can test your body’s arsenic levels through provoked urine testing.  If your levels are high, heavy metal chelation can be used to clean it out of your body.  This is something that is very hard on the body, should never be done as an at home experiment, and should always be done under the supervision of a licensed medical physician.

The best way to proceed is to cut back on the rice, especially if you are one of these vegan food allergy people where rice is an ingredient in almost everything you eat.  When you do eat rice, buy different varieties grown from different regions throughout the world.

Even though Mr. Arsenic has polluted your rice, he doesn’t have to win.  Beat him up with your kale stalks!  Throw a green ginger smoothie on his face!  Pound him down on the pavement.  You’re not the arsenic contaminated loser.

1. Load up on foods that stimulate glutathione production.

Glutathione is your body’s most potent antioxidant.  It will help to protect your body from arsenic induced reactive oxygen species.  These arsenic fighting foods include kale, collard greens, broccoli, brussels sprouts, onions, garlic, and whey protein.

The fiber already in the rice doesn’t count here – you need more fiber than what’s in the rice.  Fiber is a double duty arsenic arsenal.   and detoxification.  Fiber binds heavy metals in the gut, so it will work to prevent arsenic from being absorbed in the first place.  In a similar way, it will help to detox your body from arsenic.

An isolated fraction from freshly dried ginger has shown promising effects on mitigating arsenic induced pancreatic damage on in vitro pancreatic mouse cells.6  You can easily hit up 1, 2, and 3 if you make a fresh ginger green smoothie using kale or collards as your greens and adding some flax seeds for extra fiber (use freshly ground flax if you don’t use a Vita-mix for your smoothies).

4.  Supplement with folic acid and vitamin B12 (but talk to your doctor first).

A combination of folic acid and vitamin B12 reduced the toxic effects of arsenic in pancreatic rat tissue by minimizing oxidative stress and decreasing cellular inflammatory mediators.7.

5.  Exercise until you sweat.

If you have accumulated arsenic in your body because you’ve been over consuming rice, you can help to get it out of your body by working up a sweat when you exercise.  Heavy metals can exit the body via sweat.

Detox Every Day 6: Take Your Vitamins
Time to be a pill popper for the sake of detox
Shiitake Mushrooms (Lentinus edodes)
useful for cancer, HIV, immune deficiency, and high cholesterol
Cinnamon (Cinnamomum zeylanicum)
useful for pneumonia, insulin resistance, heavy periods, and diarrhea
By Archer Atkins
▲
UP