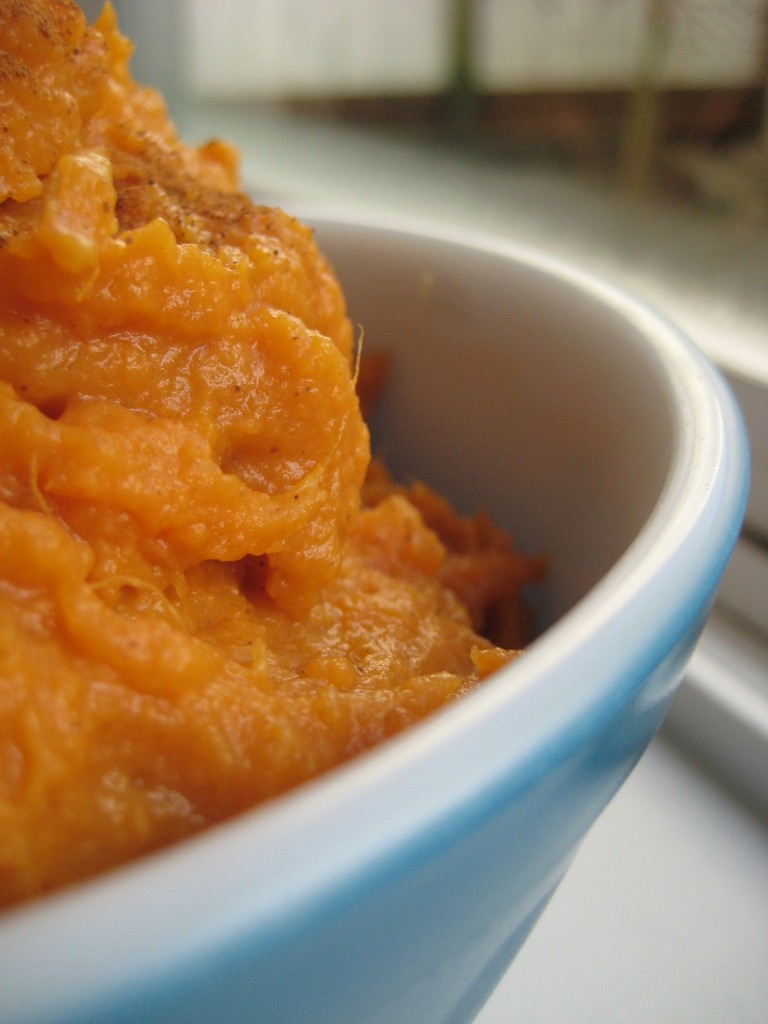 When I flew to the east coast this past Christmas, I stashed about six red garnet yams in my suitcase. They took up precious cargo weight, but I didn’t care because my mother-in-law could not find them in South Jersey.  I wanted to make our signature Saigon Maple Mashed Yams for our east coast family.  My husband didn’t think it was worth it.  He thought I was bananas for packing such a thing in our suitcase, especially when it cost $20 to check it.

Due to an inconvenient snow storm, our flight did not make it to our final destination on time.  We were stranded in Pittsburgh for an extra 24 hours.  I was out of all my usual airplane snacks.  I needed archerfriendly food.  What do you think saved the day?

I’ve made these yams every year for Thanksgiving since I moved to Seattle.  They’ve become a staple holiday dish in our family, and I’m sure they would receive much applause at your table as well.

It is essential to use red garnet yams in this recipe. They have a sweeter, richer flavor than the regular golden yam.  These special yams are what make this recipe taste so good.

Everybody Love the Grilled Beets
This year, we decided to forego making our Grilled Kickin' Piña Colada Chicken for Memorial Day (even though we absolutely love it).  Our girls aren't doing well with pineapple right now, and inst...
Vegan Gluten Free Pie Crust (Without Coconut Oil)
I grew up in Pennsylvania Dutch land, where pies are a very big deal.  I also happened to have Pennsylvania Dutch grandparents who loved to make pie, and I would go to the Pennsylvania f...
Mariachi Quinoa Salad
Tequila is a good way to piss off a liver. If you want to be the nerdy liver advocate at your Cinco de Mayo party, set a bowl of this salad right next to the mojito bar.  It contains two liver ...