Are You a Relational Scrooge?
<

From Mama’s Mouth to Baby’s

How Mama's Diet Can Affect Her Breastfed Baby 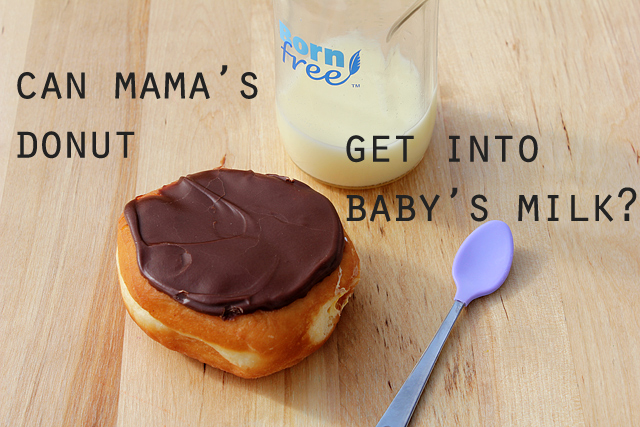 Baby can react to foods in mama’s diet, and this is often overlooked.  Time and time again, clinical results have shown the removal of a certain food from mama’s diet clear up baby’s symptoms.  A breast fed infant can react to a food in mama’s diet in the form of colic, grass green stool, mucousy stool, bloody stool, cradle cap, eczema, gas, baby acne, and many others.

Let’s say that mama eats a donut.  The donut goes to her belly where it is separated out and digested in the form of protein, carbohydrate, and fat.  Digested means that the food went into the cells lining her intestines.  These cells are called enterocytes.  Once the donut particles are in the enterocytes, they get packaged up and shipped to the liver via the blood.  One small exception here is that some fat bypasses the liver and goes to the lymph.  The lymph eventually gets dumped into the blood.  The donut particles that get to the liver are processed by the liver and then sent out into mama’s circulation via the blood.

Donut Gets to Maternal Blood & Into the Milk

How The Donut Can Cause a Reaction

Proteins from the blood pass into the mammary glands, where they are packaged up and secreted into the milk.  These proteins can include food proteins that mama ate, as well as proteins made by the body.  An example of proteins the body makes are antibodies.  Antibodies are a crucial part of our immune system, and they are intentionally placed in the breast milk for the development of the baby’s immune system.  Although they are essential to our survival, they can cause a problem if the mama has undiagnosed food allergies.

To answer the question on the image, theoretically yes, but it’s not black and white.

Echinacea (Echinacea angustifolia)
useful for the common cold, sore throats, mastitis, and infections
WishGarden Herbal Remedies Giveaway!
2 winners will each receive 3 tinctures
Men: The 1 Thing You Must Do Before Shaving That Movember Mustache
schedule your yearly check-up