This Bread Is My Ransom
4

Days in the Life of the Neverending Cold 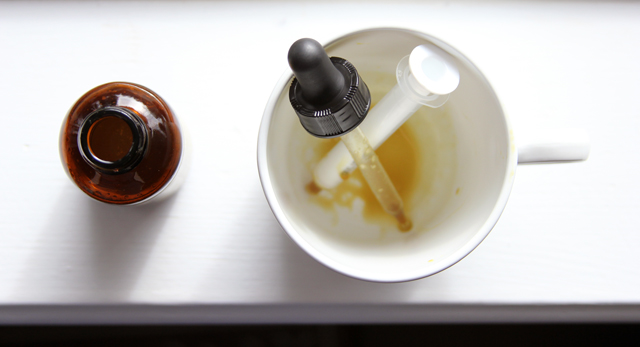 It all started when Re’uth had the sniffles.  The sniffles led to an ear infection, which resulted in a ruptured ear drum.  Two weeks later, a second ear infection arose in the same ear.  Unlike the first one, the second one presented with a fever.  Because I suspected a bacterial ear infection, I got her in to see the pediatrician.

We decided to treat it with herbs first.  Fighting a bacterial infection with herbs is tricky and requires lots of monitoring and frequent dosing.  Most often, herbs work slower than antibiotics.  If it’s a fast moving infection, you gotta move quick, so the kids and I went straight to the herb shop following Re’uth’s visit to the pediatrician (I did not have the herbs I needed at home).  With this same mindset, I wanted to get the herbs in Re’uth right away, so I opted for car medicine administration prior to our drive home.  Total fail.  Read on and you’ll see why.

By 8pm of the same day, her fever was over 104 F, which meant that we needed to pull out the big guns and give her antibiotics.  This was her first antibiotic prescription!  The next day, we took her to the ER at Seattle Children’s Hospital because she wasn’t improving like I thought she should.  She ended up being just fine and antibiotics really did save the day! 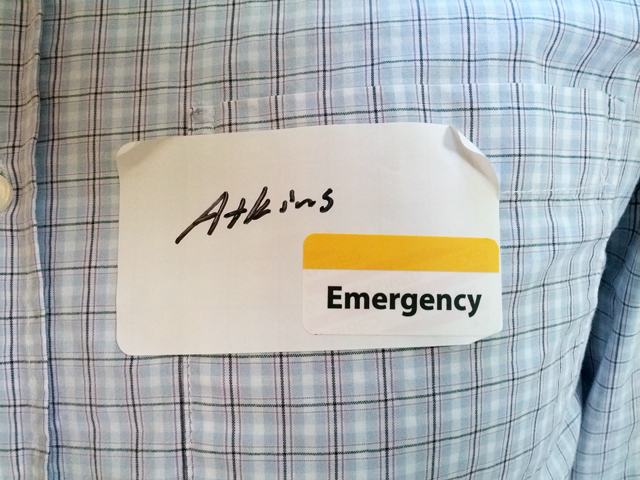 Meanwhile, Selah was also brewing the neverending cold.  Hers started with a fever and sore throat, followed by an ear infection, a ruptured ear drum, a 104 F fever, and then her first antibiotic prescription, too!  Their illnesses did not coincide, so two trips were made to the local pharmacy on two different occasions.  I brought Selah to the pharmacy with me when we picked up her antibiotic, and when she walked inside in her tank top, shorts, and her 104 F fever, she said, “Wow! It’s really pretty in here!”.  The drug store was all decked out for Valentine’s Day.

In the middle of all this, I decided to get Selah’s blood drawn to run some tests because she had one subtle symptom that was a little peculiar:  petechiae.  She did cry a tiny bit this time (she did not cry during her first blood draw), but she had fallen asleep in the car on the way there so the experience was more of a wake-up surprise.  And, yup, she got a red #40 ring pop distracter, but this time around it was heart shaped.  She nursed it for nearly 24 hours. 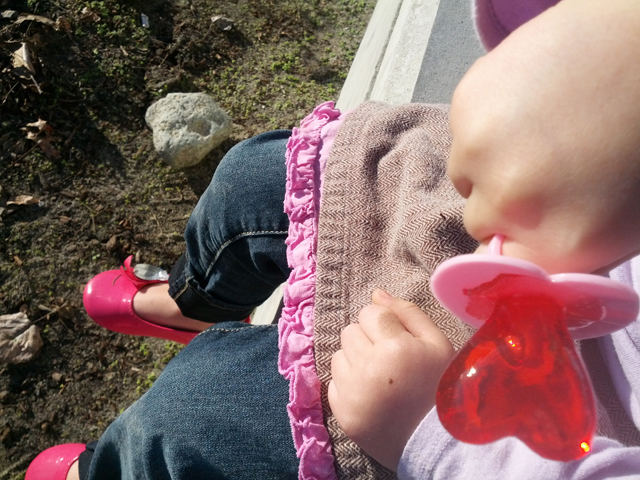 We’ve been dealing with the sickity sick bug for 3 weeks now, and at points, all I could do was laugh (it’s either that or cry, right?).  I took advantage of the situation by extracting some observations for you in case the neverending cold bug knocks on your burglar proof door. 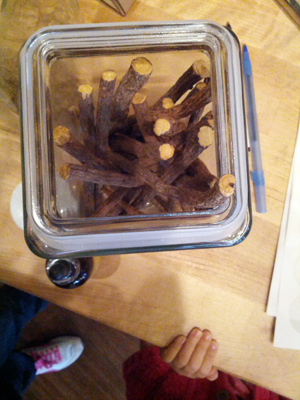 1.  When you visit the herb shop to buy botanicals to kick some neverending cold bug butt, buy something fun for yourself because you probably won’t have time to stop there in your real life when everyone is healthy.
I splurged on licorice sticks.  This was a morale booster for enduring 2 weeks home from preschool, missed clinic shifts and classes, zero free time, and sleepless nights from crying kids.

2.  Do not administer a tincture to a baby in the car.
(I haven’t talked about tinctures yet, and I hope to soon, but basically they are herbs extracted in an alcohol or glycerin medium.)  Remember how I opted for car medicine immediately after our herb shop stop in hopes to get the herbs in Re’uth as fast as possible?  Once Re’uth was all strapped in her car seat for the drive home, I pulled out the dropper that came with the tincture, and attempted to squirt an entire dropperful in her mouth. She spit and flailed her arms just like professional 18 month old babies do.  Then, I ended up with a sick and MAD baby, wasted herbal tincture, and a messy Pumpkin Patch pea coat that will most likely be permanently stained.

3.  Delivering liquid medicine to an 18 month old is a very messy experience, even outside of vehicles.  WEAR OLD CLOTHES.
I thought the car situation was a messy one, but it’s the same story for giving a tincture to an 18 month old in a house.  And same for liquid antibiotics… except the antibiotics are fake pink instead of natural brown, and they smell like artificial cherry flavoring.

4.  Switch up the delivery method when your older kid tires of taking herbs.
It was almost impossible to get herbs into Re’uth, but it was easy with Selah since she has a fascination with taking medicine.  But after 3 weeks of extra medicine and tinctures, even she became disenchanted with the process.  When I had gotten back Selah’s lab results, some of her kidney function markers were abnormal.  Since I wasn’t sure what was going on, I gave her Parietaria diffusa tincture until she saw her pediatrician.  She was not interested in taking it, but when I offered it to her in my polka dot Anthropologie glass, she was all over it.

5.  Petechiae can indicate a serious health condition.
Had I not gone to medical school, I probably would not have known what the “rash” was that showed up on Selah’s chin.  Petechiae are like miniature bruises that are the size of pen dots and cluster together.  They can be subtle in one small area or they can be obvious and all over the body.  If your child has petechiae, even if it is subtle, it most certainly warrants a call to his pediatrician (if not an office visit).  Sometimes petechiae can occur with a viral cold and it means nothing serious.  Either way, be proactive and let your child’s doctor know.

6.  Get help and don’t feel guilty about it.
Three weeks of neglected house tasks from illness cycling in an out of two kids (and a mom) can leave the house a complete disaster.  Driving to doctors appointments and blood draws and having no evening free time due to crying sick babies can really take a toll on your emotional health. There’s no shame in hiring someone to come over to do the dishes, pick up all the toys, and wash your laundry.  When I had to stay home from clinic shifts due to sick kids, I still had my nanny come over to help with house tasks.  I wrestled a lot of guilt for this “luxury”, but we don’t have family in town.  Getting house help was a domestic and emotional life saver for enduring the neverending cold.

I’ve heard that the sick bugs are really bad this year!  What about you?  Have you experienced the neverending sick bug yet?  Have your kids ear drums ever ruptured?  Do you get outside help when the whole family is super sick?

A Day in the Life of My Supplements
To ensure that you won't give your future naturopathic doctor the stink eye when she prescribes you a bunch of supplements, here's my mother load. I snapped these photos 3 days before my clinical ...
Naturopathic Medicine Has Options for A-fib
I'm almost done my last quarter as a student clinician at the Bastyr teaching clinic.  Lucky for me, I get to finish my student career on two different specialty shifts that focus on diabetes and ...
Ashwagandha (Withania somnifera)
Withania somnifera is the latin name for ashwagandha, a sanskrit word that literally means 'horse pee'.  This word must vary in translations because I learned in an Ayurvedic class that ashwagandh...