what Dr. Archer gives her girls when they get the common cold 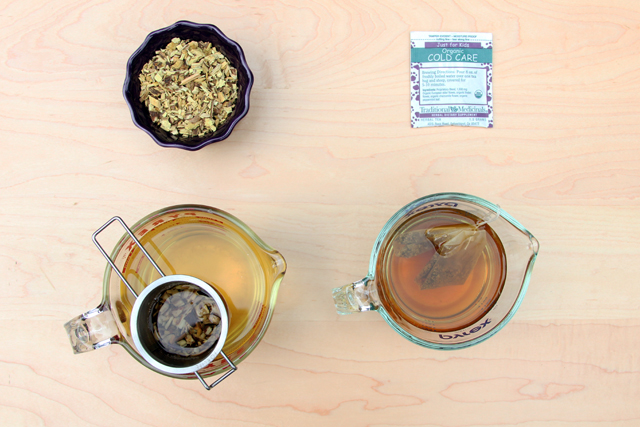 We read about Lachie MacLachlan and his bairns of 10 last week when the girls had the sniffles, so I had to put that bairns word in the title (forgive me).  Selah didn’t like the bairns book until the WEH read it in his fake Scottish accent. Fake meaning a terrible job at imitating his SWEF (Scottish Wendy’s Eating Friend). Fortunately, my daughters don’t need to hear any kind of special accent to get them to take their natural medicine when they have a cold.

Medically, the ‘sniffles’ is an upper respiratory infection. The girls had a runny nose, congestion, headache, and sore throat. A cough developed later for both of them, but didn’t hang out too long, thanks to all the herbs I was pumping in their veins. In little bairns, the sniffles can easily progress into ear infections, which is why I like to stay on top of it.

Here’s their get well booty:

Selah loves to drink licorice root tea even when she’s not sick. I let her drink it out of my favorite tea cup, which makes the experience all the more worth it for her. Re’uth has an obsessive thrill with dumping out beverages, so she has to drink it cooled out of a plastic sippy cup. We wouldn’t want to put hot tea in a plastic sippy cup, because that would be TOXIC, and then we’d be giving our kids toxins in the hopes of making them feel better, just for the measly sniffles. Anyways, licorice root is anti-viral, anti-inflammatory, and a demulcent. It works perfectly for the common cold. I used organic, dried licorice that I bought in bulk from a local herb shop.

Selah loves this tea too, and I have no problem getting her to drink it. Re’uth isn’t as interested in tea, probably because she’s 2. Traditional Medicinals’ kids tea is mysteriously more expensive than the adult tea in my local grocery store, but I like the herbs in it, and they can’t have the adult one I’d give them because it has orange peel in it. This tea contains European elder flower, linden flower, chamomile flower, and peppermint leaf. The peppermint opens up stuffy nasal passages. I brew it double strength and add a teaspoon of honey. Of course, I let it cool a bit, but I aim to serve it pretty warm but not burning hot.

Both girls LOVE this so much that they ask for it when they are not sick. This is a sweet tasting, glycerin based syrup made with elderberries. It’s anti-viral and helps to boost their immune system. 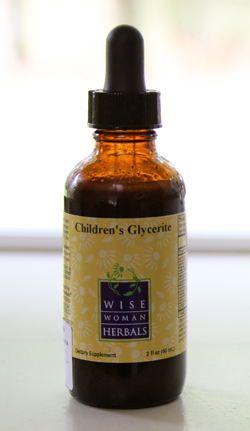 It’s no new news to tell you that Selah also loves this one. She’s most definitely the daughter of a  naturopathic doctor. Re’uth is just learning to like it. During the neverending illness back in February, she wanted NOTHING to do with it. We had to hide it in applesauce. This time around, she took it off the spoon only because she saw Selah doing it. She’s totally in that Monkey See Monkey Do phase right now. Re’uth says it’s too spicy (it has ginger essential oil in it). Oh, and yes, this has orange essential oil in it, but the kids have done OK with it, and since it works so well, we just deal. At least the orange essential oil doesn’t contain any proteins in it. Although, if a child had an anaphylactic reaction to oranges, I would not give them this glycerite. I try to keep this magic kid’s potion stocked in our house at all times.

It’s easy giving candy for the sniffles, so of course, they gobbled this up. Selah got a whole gummy everyday until she felt better, and Re’uth got a half gummy. With their pale skin, GI inflammation, and Seattle latitude, they are most likely low in vitamin D. Since vitamin D plays a large role in the immune system, I wanted to bring it on board. This particular product has tapioca syrup in it, so it’s not something I’d give to them in their sniffle free life (they don’t do well with any kind of tapioca).

When we cleaned underneath our couch over the weekend, I found two of these tablets. That was Selah. She doesn’t like them. I think she got some ideas from the childhood story I told her about that time I hid all my vitamins behind the dresser in my bedroom. My mom didn’t find my stash until she moved my dresser to clean the room. Re’uth, however, loves these, which is good since she’s not as eager to take everything else.

Everyday, the kids get a multi-vitamin, quercetin, a chewable probiotic, and a methylated folate/B12 supplement.  Sometimes I give them a few other things, but they didn’t get any of the extras while they were sick. 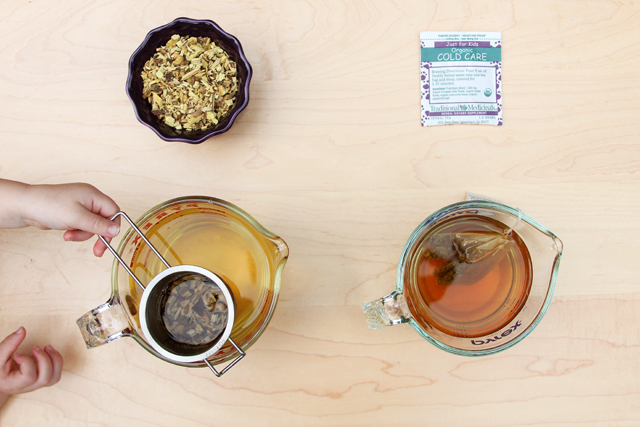 DIY Onion Cough Syrup
In the Seattle area where I currently reside, natural medicine is quite accessible to the general public. Even though Seattle almost has as many NDs as there are coffee shops, one does not need to...
Detox Every Day 8: Sleep Like A Baby
Getting a good night's sleep is like giving your brain an 8-9 hour bath in a tub of antioxidants.  Antioxidants fight free radicals, and free radicals accumulate not just from the chemical crap in...
Picky Baby? It's Normal.
My baby has always loved yams, broccoli, and pears, but since she has turned 12 months, she is protesting.  Despite multiple attempts to serve her these foods hidden, mixed, and chopped to crumb s...