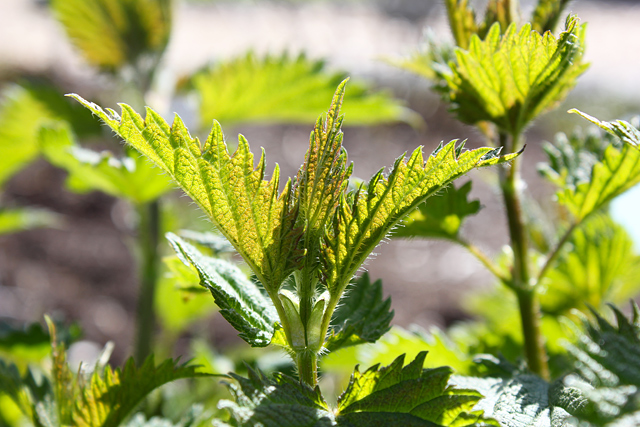 Nettles are everywhere!  They can be found in your back yard, farmer’s markets, the Bible, Africa, a bowl of soup, and even in ancient proverbs.  One particular nettle proverb that caught my attention was this:  Faut pas pousser mémé dans les orties.  It is a French saying which literally translates in English to “Don’t push your grandma in the nettles!”  This phrase is similar to the American adage of “Don’t push your luck.”

Although I’ve never been good with cliches, it is interesting that across the globe, nettles are known for their sting.  It is the herb that bites that has a lesson to teach us.  The same part of the plant that stings is actually an allergy antidote.

Nettles are my go to herb for seasonal allergies and other allergic related reactions.  It is the freeze dried form of this herb that works the allergy magic.  While the exact mechanism has not been researched, data exists on the effectiveness of using freeze-dried nettles in the treatment of allergic rhinitis1.  However, a valid hypothetical explanation exists.  The same phytochemicals that cause the stinging skin sensation may be preserved when they are freeze-dried.  When the freeze-dried form is ingested, these same phytochemicals (one of them is histamine) modulate the allergic response in a way that mimics an anti-histamine medication.  Even though research studies do not explain this mechanism from A to Z, clinical results tell for themselves.  This herb works for allergies in as little as 30 minutes. 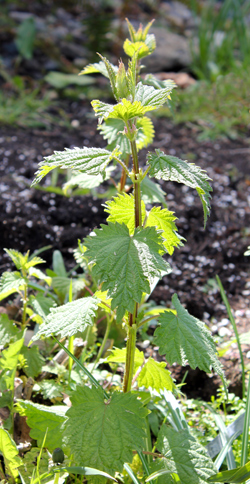 Nettle leaves are a rich source of chlorophyll, which may be why they have been traditionally used as a spring tonic.  They contain high levels of antioxidants, including the wonderful anti-allergy flavonoid, quercitin.  They are a decent source of vegan calcium and iron.  Because of their nutrient density, they are an optimal green to consume in pregnancy.  With all these goodies, nettle leaves act as a natural anti-inflammatory agent.  Nettle leaf tea can be used as a diuretic, especially for flushing out the urinary tract during an infection.

Best friends bring the best out of you.  They also protect you when you’re in trouble.  This is what nettle seeds do for the kidney.  They help to regenerate dying nephrons.  Urtica dioca seeds are especially beneficial for those on hemodialysis or peritoneal dialysis.

In general, nettles are very safe because they are consumed as a food throughout the world. However, because nettle leaves are diuretic, they are an archenemy to kidneys in chronic renal failure.  Do not use nettle leaves if you have any sort of acute or chronic kidney failure.

If you would like to start taking the seeds, root, or leaves of Urtica dioca, please consult your naturopathic doctor.  A licensed healthcare practitioner can safely tailor the dose according to your needs.

If You Give A Kid A Cardamom Pod
If you give a kid a cardamom pod, she'll want to know what's inside.  When you tell her there are seeds inside, she'll want to see them.  When you say the pod needs crushed, she'll want to know ho...
Milk Thistle (Silybum marianum)
Like Batman protects Gotham City, milk thistle fiercely protects your liver.  Milk thistle stimulates liver regeneration and promotes liver detoxification.  It is used in the herbal treatment ...
Licorice Root (Glycyrrhiza glabra)
Licorice chew sticks!? I get excited easily.  I found them while I was at the herb shop to purchase Wise Woman's Children's Glycerite during our share of the neverending cold. Discovering t...
By Archer Atkins
▲
UP