This Bread Is My Ransom
< 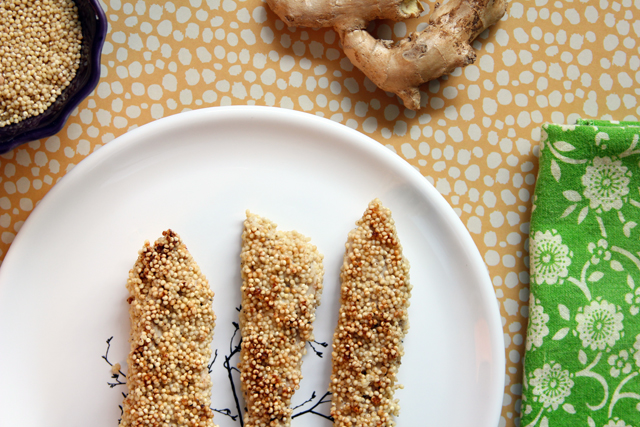 Some of you may have noticed that the herb of the month for March has not been published.  With the extenuating circumstances of February, there will be no herb of the month for March.  Rather, I am extending the herbal energy to April’s herb of the month:  licorice.  Licorice does just about everything, so there’s lots to say!  I have already spent hours working on it, and if you follow me on Instagram, you probably saw the stack of books I’ve been scavenging for tidbits to share with you.  I’m hoping the rest of March brings deep rooted health not only for our family but also yours.

Naming my husband as the Wendy’s Eating Husband may not have been the best move.  He enjoys the name, so much so, that it has enabled his fast food addiction.  I think he doesn’t eat enough raw kale, but he thinks he doesn’t get enough junk.

The other day I told him, “I wish you didn’t get so excited about junk food!”  And he retorted, “Well sometimes I wish you weren’t going to be a naturopathic doctor so I could eat whatever I want!”

At least the guy is honest.  I have a naturopathic doctor friend who found a package of peeps in the bottom of a closet.  Her husband hid them there.  Oh, what the husbands of naturopathic doctors must endure.  Eating organic whole foods is such a tough life!  Taking sugar and corn syrup out of your husband’s diet at home might be a form of torture.

When it was time to make these millet crusted chicken tenders for dinner, I delegated the task to the Wendy’s Eating Husband.  You can trick husbands into trying new foods just like you do for kids. Get him in the kitchen, making new foods, and he will most likely eat it.  You can tell him exactly what to make or you can let him experiment.

One time when I let him make dinner on a whim with no idea guidance, he scrambled onions, beets, and ground beef together in a sauce pan.  I didn’t like it, but it was my turn to eat what I did not prefer.  This is good for our relationship!

I told the Wendy’s Eating Husband to bake the chicken tenders at 375° F until they were ready to eat.  His idea of “ready to eat” was broiling them on low for 5 minutes when they were almost done.  He wanted to crisp them up.  It was extremely tempting to take charge and say no to the broiling, since the high temperatures that cause the browning produce free radicals in the food. However, since he was in the kitchen making the tenders, I let him do it his way.  If I have to sacrifice a little free radical generation in exchange for a cooking husband that eats weird health food, it’s totally worth it.

I was nervous that my husband kitchen trick wouldn’t work this time.  He is very, very picky.  I tell him all the time how he needs to train his taste buds in new directions.  But, voilà!  He loved them. He even ate them several days in a row.  Maybe all hope is not lost.  Maybe he will soon be making his own kale smoothies for breakfast instead of eating a pack of Austin cookies from the variety pack that was bought at Costco.

Speaking of the kid trick, you can pull them in on this too.  They like to be in charge of all the fun, which in this case is the millet.  After the chicken tenders are dipped in a coconut milk wash, your kids can roll them in the millet.  Make sure they wash their hands immediately afterwards if they are handling the raw chicken (I didn’t need to say this part, right?).  If you’re not up for your kids touching raw meat, then you can pour them a plate of millet to play with while you make the tenders.  Don’t worry if they ruin it with their sticky fingers.  It’s just bird food!  The chickadees will be your child’s best friend if you let her toss it on your back patio when she’s done playing with it.

I let Selah play with a plate of millet while I photographed the chicken tenders.  It entertained her for almost an hour!  And, yup, we fed it to the chickadees when she was done.

Are you and your spouse on the same page when it comes to your diet?  Who does all the meal planning in your house?  How do you help each other eat well?  Do you have a spouse that needs to eat more kale?  How do you keep your kids entertained when you make dinner? 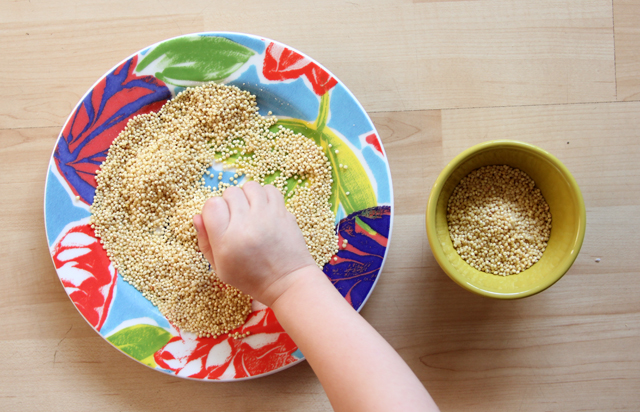 Start with 4 raw chicken breasts cut in long strips.  The chicken strips will be dipped in a coconut milk wash and then rolled in whole grain millet. After the chicken strips are ready to go, preheat your oven to 375° F.

In another wide and shallow bowl, place about 1 cup of uncooked whole grain millet. Dunk raw chicken tenders in the coconut milk wash, turning upside down, and then directly transfer to the millet bowl.  Roll chicken tender in the millet until it’s fully covered.

Place chicken tenders in a glass baking dish and bake for 25-30 minutes.  If you would like to toast the millet, bake for only 25 minutes at 375°F, and then broil on low for about 5 minutes or until the millet turns golden brown.

Baked & Broiled Hot Wings
I'm sure all those football crazed muscle-head men who obsess about the Super Bowl are totally into vegetarianism and hippie centric natural health.  That's why they all flock to archerfriendly. ...
Kashmiri Red Lentil Chili
I'll be honest.  My husband won't eat this for dinner.  It's too veganly weird for him.  But he eats Wendy's for lunch, and therefore loses all taste bud cred. If a Texan cowboy cooked vegan fo...
Red Thai Crock-Pot Chicken Curry
I never had Thai food before coming to Seattle in 2006.  After tasting the amazing flavors (particularly at Pen Thai restaurant in Bothell, WA) of red and green Thai curry, my husband and I started de...
By Archer Atkins
▲
UP