A Day in the Life of My Supplements
0

ever wonder why you feel gross after you eat too much ice cream?

Three times this summer, I’ve eaten normal person ice cream. The first time was when I took my Pennsylvania family to Molly Moon’s when they were in town for my graduation. The second time was when Selah needed a blood draw at Children’s Hospital. We followed my toddler blood draw tips by going to Molly Moon’s afterwards (even though she’s past the toddler stage they still worked really well). The third time I indulged was just a few days ago on a much needed date with the Wendy’s Eating Husband. We ate lunch at Skillet Diner in Ballard, and then headed to Full Tilt ice cream to see how their salted caramel held up to Molly Moon’s salted caramel (we read a funny comparison and wanted to see for ourselves). I still vote Molly Moon’s.

There’s something really thrilling about buying ice cream I didn’t make myself. Since I can’t walk into an archerfriendly ice cream shop, Molly Moon’s is all I’ve got. It’s more of a treat for me to eat creatively inspired homemade ice cream someone else made than it is to have all that sugar. If it weren’t for the freezing temperature of the ice cream, I’d probably only be able to swallow a few bites (although that’s probably all I should be swallowing). The cold makes the sugar coated throat feeling just a little bit more tolerable. 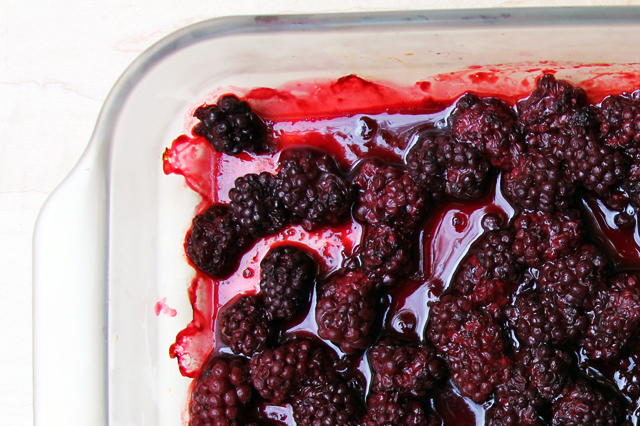 Since I indulged in sugar loaded ice cream three times this summer, I paid attention to how I felt afterwards. Every single time, I felt gross about an hour later. This is a terrible description for you to understand the sensation, but it’s the best word to sum up how I feel after I eat any kind of carb loaded junk food. I think you can relate.

The gross feeling that comes after eating two huge scoops of ice cream actually has a scientific basis. It’s a physical experience produced from too much insulin. Your body deals with all the sugar in the ice cream by producing mega amounts of insulin. The insulin peaks about 30-45 minutes after your last bite, which is why there’s always a little bit of a delay for feeling gross. If your body doesn’t need all the sugar, and chances are that it doesn’t, the insulin helps to convert the sugar to fat. And too much insulin is pro-inflammatory. Inflammation is not going to make anybody feel good. 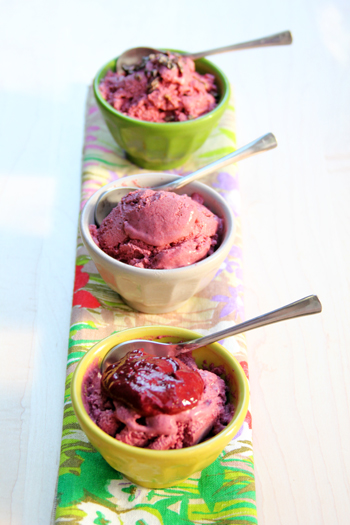 The best way to minimize this high insulin gross feeling effect would be to make your own ice cream at home without any sugar or natural sweeteners (because they trigger insulin too). But if you wanted to be a cheater, it’s true that the less you eat, the less you trigger, so just order the kiddie size and eat half of it. You might not feel gross an hour later.

I love, love, love that when I eat a dish of my Balsamic Roasted Marionberry Coconut Milk Ice Cream, the post ice cream consumption gross feeling never happens. That’s because the only added sweetener is stevia! There’s no added sugar, honey, maple syrup, or any other natural sweetener. It’s just stevia paired with the natural sweetness found in the marionberries and balsamic vinegar. Roasting the berries results in a chemical reaction that increases the sugar content of the fruit, but since we’re dealing with low glycemic marionberries, the sugar content isn’t raised astronomically, just a little.

Making a stevia sweetened only ice cream without dairy is a very tricky endeavor. The secret to making it work? Gelatin! It gives such an amazing texture to the ice cream in such a way that I could mistake it for normal (except that it doesn’t sugar coat my throat). What’s even better?! Gelatin is a protein and protein is a pancreas’ best friend. It helps to balance the natural sugars found in the balsamic roasted marionberries.

I would prefer to use organic gelatin in the recipe, but when I found it, it came all the way from Argentina. No thank you. Knox gelatin is easy and available. The only problem is that I have no idea where it came from. Is it from Argentina, too? I hope not.

If you choose to store your ice cream in the freezer, depending on its temperature, it may need to rest at room temperature for a few minutes before you scoop it. I store my ice cream in a deep freezer, so I let it sit on the counter for 20-30 minutes before serving. Once it softens, it scoops like REAL normal person ice cream. Everyone sing, AMAZING, in your best shower opera voice.

Marionberries are out of season here in Seattle. When they were in season, I was studying for boards. If you’re greedy for Pacific Northwest berries like myself, you probably have a whole bunch of them stocked up in your freezer. If not, they can be found in the grocery store, or you can substitute blackberries which are still in season here in the Pacific Northwest. Blackberries are sweeter than marionberries, so I can only imagine how amazing a balsamic roasted blackberry coconut milk ice cream would be. Even though blackberries are sweeter than marionberries, they’re still considered low glycemic, so no need to worry there.

Makes about 1.5 quarts (which requires a 2 quart ice cream maker)

Don’t forget that most ice cream makers require that the freezer bowl be frozen for 48 hours prior to use.

If your marionberries are frozen, thoroughly thaw them prior to this process. Preheat your oven to 360°F. Sprinkle marionberries with balsamic vinegar and toss. Roast in the oven for about 25-30 minutes. Once berries have cooled, puree berry mixture in a blender. A Vitamix works best as it can puree the seeds. Set aside 2.5 cups of berry puree for the ice cream. Extra puree can be used as a base for an ice cream topping.

Place all ingredients except Knox gelatin in a saucepan. Heat the mixture on medium low heat, stirring frequently, without a lid. After 30 minutes of heat, turn off the heat. Whisk in 1 packet of Knox gelatin and stir continuously for about 3 minutes. After the 3 minutes, move the pan to a different burner and let it cool without a lid for about 15 minutes. Then, place in the refrigerator for 6-8 hours or overnight.

Avocado Sandwich
The graceful taste of this simple sandwich is dependent on freshly baked and freshly toasted bread.  When I'm low on time, I use Pamela's Gluten-Free Bread Mix with a few archerfriendly additions ...
Zucchini Bread
This is one of my favorite archerfriendly recipes.  I love the hearty flavor produced from the combination of quinoa, buckwheat, chickpea, and almond flours.  The texture is fantastic and it has the...
Stokes Purple Sweet Potato Coconut Milk Ice Cream
I made this ice cream for the sole purpose of making ice cream sandwiches with purple sweet potato oatmeal fig cookies (sorry, the cookie recipe is not on the blog yet!). I created the recipe quic...
By Archer Atkins
▲
UP