Kids & Junk Food: What Are Your Standards?
3 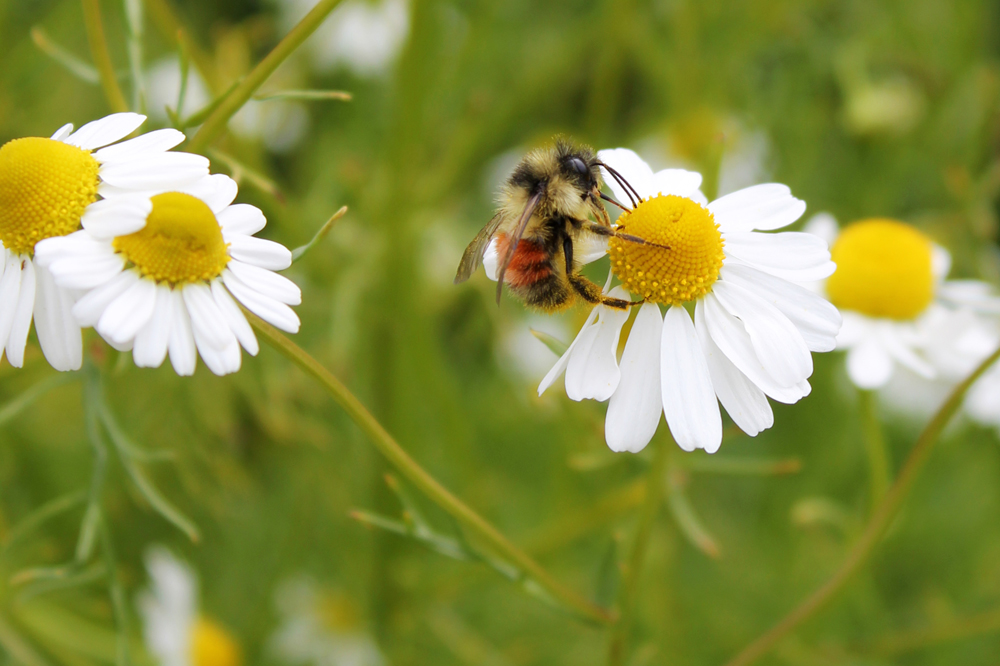 If all your chamomile knowledge was gleaned from reading The Tale of Peter Rabbit and Madeline’s Rescue, you might actually know a thing or too. You may notice that chamomile is excellent for wee ones (but don’t let that stop you if you’re a grown-up). Peter Rabbit and Madeline both received chamomile tea after they were nearly frightened to death, indicating how well chamomile can calm the nerves. Peter Rabbit barely escaped Mr. McGregor and Madeline “would now be dead but for a dog that kept its head” after she fell off the bridge and into the water. Both characters had their chamomile tea in bed, which tells us that chamomile tea drunk before bed can make for an awesome night’s sleep after a really rough day.

I do wonder if it was an upset stomach Peter Rabbit had when Beatrix Potter wrote that he “did not feel very well that evening”, since chamomile does such a good job at calming a queasy belly. And perhaps Miss Clavel was also banking on chamomile’s ability to stimulate the immune system, in hopes that it would prevent little Madeline from getting too sick after being drenched in the water.

Is it the root or the flowers or the whole thing?

Remember that when a plant is medicinal, it doesn’t always mean that the entire plant is used. There’s usually a specific part of the plant that contains most of the medicine. In this case, it’s the flowers. Chamomile flowers are about the diameter of a ping pong ball, and are especially delicate once they are dried. All it takes is a scoop from the herbal bulk bin, a ride in a purse with a sippy cup, and the petals look like graham cracker crumbs. 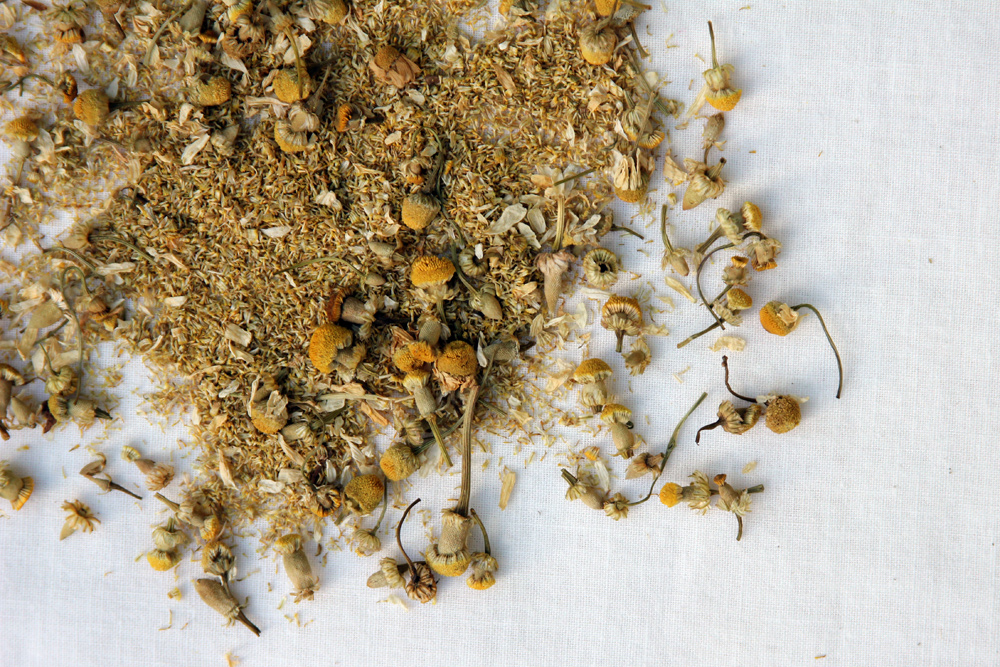 Matricaria recutitia contains flavonoids that stop skin inflammation like water thrown on a fire. Chamomile is an excellent choice to use topically for eczema, wounds, and hemorrhoids. It can be taken internally to help heal the skin from the inside out, and it can be used as a compress for the nasty eye itch otherwise known as pink eye.

Herbs can work with fevers, in a way that stimulates the immune system instead of suppressing it. I’m all for letting a fever run its course, but the key part in fever torture is getting to the peak of it. The fever summit kills all the bad guys. Once it’s over, chamomile can dilate your capillaries to cool your body down and help it sweat, all in hopes to bring down the fever.

In case you’re not interested in the boring stuff, I’ll cut to the chase with some situations in desperate need of chamomile:

Now for the straight-up talk. Chamomile is anti-inflammatory, wound healing on the inside (and outside), cuts gas, and alleviates intestinal spasms. If left unsweetened, it improves digestion. Chamomile can heal stomach ulcers and is an alternative to ginger in the treatment of nausea. It really is the perfect herb for any kind of gastrointestinal complaint, and should come on board when someone has a lot of food intolerances.

I’ve been looking for patience recently, and maybe chamomile’s my answer. After all, it’s useful for anxiety, which tends to snowball when I’m lovingly tapping my foot like Sonic the Hedgehog waiting for someone to get going. Aggravation happens to be married to impatience, and maybe if I calm my bean sprouts with some chamomile, it’ll be a real pleasure to be late to preschool because my younger daughter soiled her diaper right after I buckled her car seat.

If you’re all jacked up on stress when you’re trying to go to sleep at night, you have more problems than chamomile can help, but it won’t hurt to try it. If your name is Nervous Nellie and you get too hot at night, try drinking a glass of iced chamomile tea right before bed.

Chamomile Essential Oil Is Not the Same

A sacred, concentrated oil can be extracted from chamomile flowers through a process known as steam distillation. The special oil collected from this process is called “essential oil”. It’s basically the plant’s essence. Essential oils of plants always have different therapeutic benefits in comparison to products made directly from the plant. There are two big reasons. One is that essential oils are extremely concentrated, making them super potent and dangerous if used incorrectly. The second reason is that they are lipid soluble, meaning that water soluble constituents won’t be in the essential oil. Chamomile essential oil can be likened to Superman when it comes to stopping inflammation and intestinal cramping.

Chamomile flowers can be used therapeutically in tinctures, teas, salves, lotions, and capsules. Because chamomile brilliantly heals the skin, you can use it to make chamomile infused olive oil by following the same directions for calendula infused olive oil. You can also crumple up the flowers and use them in food or replace water with chamomile tea in recipes.

While chamomile is a very gentle and safe herb, it should not be used in large amounts during the first trimester of pregnancy. Avoid using chamomile if you have an allergy to the Asteraceae plant family.

If you would like to start using Matricaria recutitia medicinally, please consult your naturopathic doctor. A licensed healthcare practitioner can tailor the dose according to your needs.

WishGarden Herbal Remedies Giveaway!
I first heard about WishGarden Herbal Remedies from a patient, who reported that she was taking Kick-Ass Immune tincture.  "Did she just say the a-- word?", I asked myself, before I had her repeat...
Shiitake Mushrooms (Lentinus edodes)
If mushrooms give you the skeevies because your parents always ruined half the pizza with the stumpy button type, then try a shiitake mushroom!  Shiitake mushrooms have a unique flavor that wo...
4 Protein Powders That Win (and How to Use Them)
I had gum graft surgery this past March. I had put the surgery off for two years, due to the multiple inconveniences (although I wish I hadn't avoided it for so long). The biggest inconvenience fo...