Travel, Exploration, & Adventure Are Good for You
0

They Have a Lot in Common 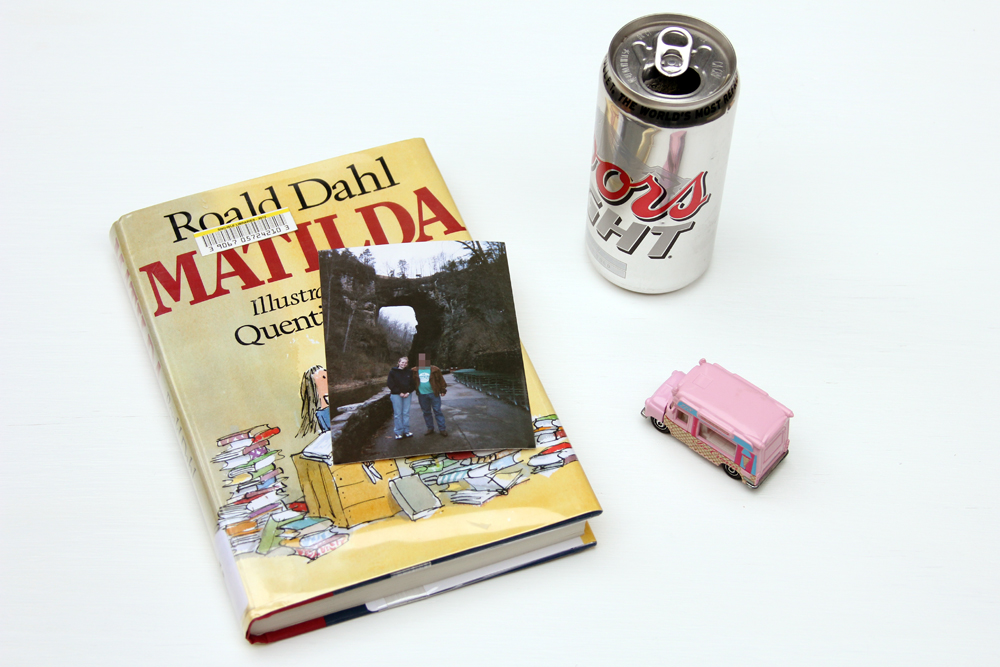 With the new archerfriendly upgrade we did last October, we instituted a yellow couch symbol to represent the “life” category on my blog. All of the articles that fall under this topic are considered to be something I’d talk to you about while we hung out on a comfy yellow couch, sipping organic French pressed coffee. Consider this post one of those.

Last summer we read Matilda by Roald Dahl to the girls. It was the first time I read it and I absolutely loved it!

[Spoiler Alert! Skip this paragraph if you don’t want the spoiler.] I could relate to Matilda in terms of her dysfunctional family and them not caring a bit about her academic success. And, then at the end of the book, her parents weren’t phased at all when Matilda chose to live with Miss Honey instead of going to Spain with them. They basically gave her away, and it was no big deal for them. They didn’t really like her anyway.

This got me thinking about the idea of emotionally orphaned children. Matilda was one of those kids. She had a nice house, food to eat, and the physical structure of a family, but emotionally? Her parents had no idea who she was, and they didn’t have any desire to get to know her. They considered her an “ignorant little squirt”. This resonated a lot with me because of who my mom became once she met the Coors Light Drinker. (If you’re new to this blog, the Coors Light Drinker was my mom’s boyfriend of 11 years, and their relationship started when I was a senior in high school).

What was most strikingly similar to my life was Matilda’s dad, Mr. Wormwood. He reminded me of a really nice version of the Coors Light Drinker. Mr. Wormwood’s business model was this: “Customers are there to be diddled”.

When the Wendy’s Eating Husband read that sentence out loud from the chapter about Mr. Wormwood during our evening story time with the girls, I couldn’t stop laughing at that word. Diddle. Story time had to pause until I recovered to a non-laughing state.

This word went so deep for me because the Coors Light Drinker had this same business motto. Had I used the word diddle for what he did, I may have been laughing about his naughty deeds a long time ago.

Mr. Wormwood was a used car dealer. He had special “trade secrets” that involved turning back the mileage on used cars to “under ten thou before they’re offered for sale.” He sharply warned Matilda to not tell anybody about this, so as to prevent him from getting put in the jug.

If you want to learn a little bit more about who the Coors Light Drinker was, pick up this book and read the chapter entitled, “Mr. Wormwood, the Great Car Dealer.”

When my mom met the Coors Light Drinker during the November of my senior year of high school, he ran a used car business. He had a nice house with an in-ground pool, two Mercedes (one of which he let my mom drive around), and a third vintage, two-door, red Mercedes that he let me drive around. I failed my first driver’s license test in that little red Mercedes.

By February of my senior year, he was bankrupt and had lost everything he owned. His used car business was no more. He had no house, no Mercedes, no money, and no job. Naturally, my mom invited him to live in our house. This was never a family discussion or “What do you think about this?” kind of thing, but more like, “Oh yeah, the Coors Light Drinker moved in while you were at school”.

Years later, the Coors Light Drinker spent time in the jug. Most of the criminal records I’ve been able to locate indicate that he had been charged with fraud, and I have always assumed that was why he was in the jug. I had to assume because my mom never gave me a direct answer explaining the “why”, and she may have never gotten a direct answer from him, either.

What I do know for sure is that he liked to diddle customers by turning back the miles on the used cars he sold, just like Mr. Wormwood.

Show Up for Your Own Wellness
I don’t mean to get all religious on you, but there’s a guy in the Old Testament named Naaman. He had leprosy and sought out the prophet Elisha for healing. Elisha’s response? He told Naaman to ba...
Having a Baby and Setting a Boundary with Your Parent at the Same Time
April is always a mixed bag of emotions for me. In the beginning of the month is Selah's birthday, then later in the month, I have a birthday and so does The Wendy's Eating Husband. The birthdays ...
Create Your Holiday Feasting Proposal
The internet is inundated with a gazillion tips on how to eat healthy over the holidays.  I'm not sure if that's something you like to google or not, but instead of reading someone else's list of ...
By Archer Atkins
▲
UP