What I Gave Up for Lent (It Didn’t Really Work)
<

one of the hardest things you'll ever have to do 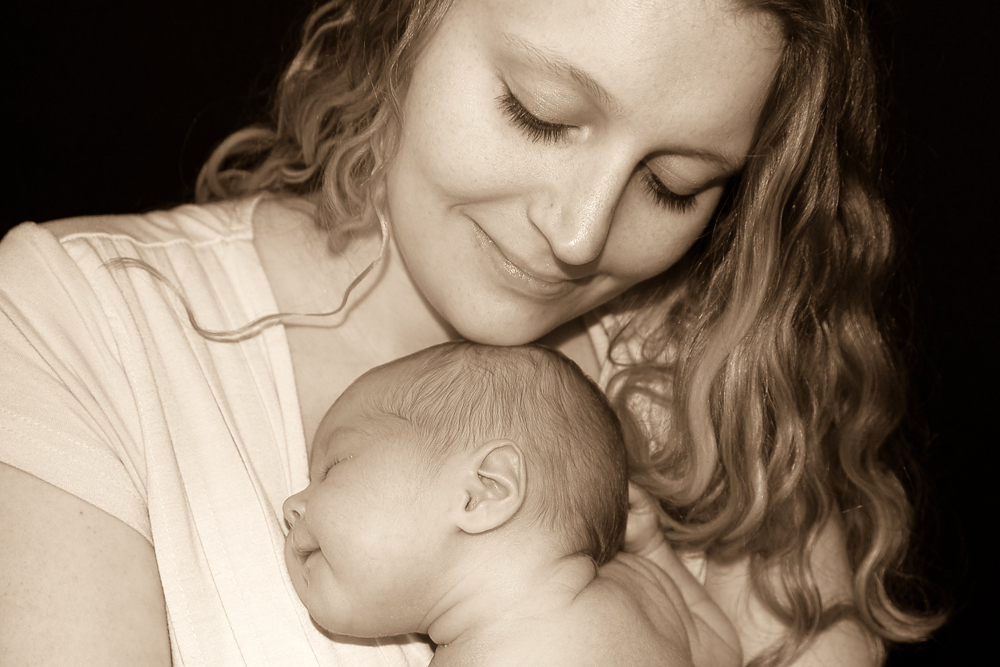 April is always a mixed bag of emotions for me. In the beginning of the month is Selah’s birthday, then later in the month, I have a birthday and so does The Wendy’s Eating Husband. The birthdays are pure joy but they come with a deep sadness playing like a cello in the background of my life, with the strings intuitively humming about all that I have lost. April marks the month when, five years ago, I had to kick my mom out of my life for a little bit.

The week before Selah’s early April birthday is particularly difficult because there was a huge blow-up between my mom and I exactly 7 days before she was born.

My mom had planned her first trip to Seattle to help me with my first baby. She had planned to arrive in Seattle 6 days after Selah’s due date, in hopes that the baby would have been born by then.

Four days into her trip, there was still no baby. I was 10 days past my pregnancy due date, and surprisingly patient. I don’t take much credit for that late baby patience. It was most likely a false patience because I felt unsure of how I would handle my mom during the labor and the fresh postpartum days afterwards. A small percentage of this uncertainty was due to her awkwardness with vagina stuff. A large percentage of the uncertainly stemmed from my distrust of her ability to mother.

Babies are surprisingly perceptive and can pick up on relationship tension more than you would think possible. My mom and I had been strained since before my second trip to Africa, and that was in the year 2000, several months prior to her meeting the Coors Light Drinker (CLD). Once she met the CLD, there was no mother-daughter relationship. We were over. She converted into a different person when she met the CLD. It wasn’t just a personality change. It was a whole, everything conversion.

If I could go back in time and give Archer some advice a few weeks before my mom met the Coors Light Drinker, this is what I would have said,

“Say goodbye to your mom because you’ll never see or know her again. You might want to make a video of her so that you can have a memory of who she used to be. Things will get so bad later that it will be difficult to recall the mom you once knew.”

Well, I also would have said, “Trust your gut!”, “You’re not dumb!”, and “Your dreams are real!”, but those pieces of advice don’t pertain to the current story. And by dreams, I mean the kind that happen when you’re sleeping. I had nightmares about the Coors Light Drinker the week that my mom met him. They later came true.

Mama Crow was visiting me from Pennsylvania, which meant that we were both waiting for this late baby to be born, 24-7 in a tiny less than 800 square foot apartment.

Those four days that passed with no baby being born meant that I spent too much time cramped up with my mom while Selah was still cramped up in my belly. It was the first time I had “gotten” my mom by herself since she had met the Coors Lite Drinker over 9 years ago. The Coors Lite Drinker and her were joined at the hip, and if you visited the house where they lived, you’d find them locked in their bedroom. That “lock” wasn’t a dinky indoor bedroom lock, but a Schlage lock that required a key.

The four day indoor incubation with my mom surmounted in an uncomfortable but honest conversation. I told her how I couldn’t stand the Coors Lite Drinker and what he was doing to her. I didn’t need words to express my extreme distaste of this guy, but I like to state the obvious (always), and sometimes people in abusive relationships need to hear the obvious. The obvious was unbearable for Mama Crow, who had been brutally brainwashed by the Coors Light Drinker.

She defended her meth dealing boyfriend like he was her 6 year old son that got picked on at recess. Mama Crow was more loyal to the Coors Light Drinker than her own three daughters. There were F words and the demon voice and neck veins distended with rage. The demon voice is the name I have given the voice she uses when she gets mad because it sounds like a different person speaking. Mama Crow and the demon voice almost went hand in hand.

When Mama Crow was yelling, I could feel 10 day overdue Selah in my belly, squirming and kicking and moving around like crazy. She could hear those words, and it seemed to have more of an effect on her than it did me. I was used to this; she wasn’t.

I ran to my apartment bedroom, locked the door behind me, and called the Wendy’s Eating Husband. I begged him to leave work early and come home. I can still remember my mom standing on the other side of that door, still going at it in the demon voice. I don’t know how her voice never sounded hoarse. Must have been all that Coors Lite soothing the throat.

I wanted to leave my apartment, but I feared she would physically destroy the place if I did. She was that infuriated.

After I called the Wendy’s Eating Husband, my mom decided to cut her trip short. She didn’t leave because Selah hadn’t been born yet but because of “the fight”. She called a cab, waited outside for it to come, and sat in the airport all night waiting for the next flight to Pennsylvania. 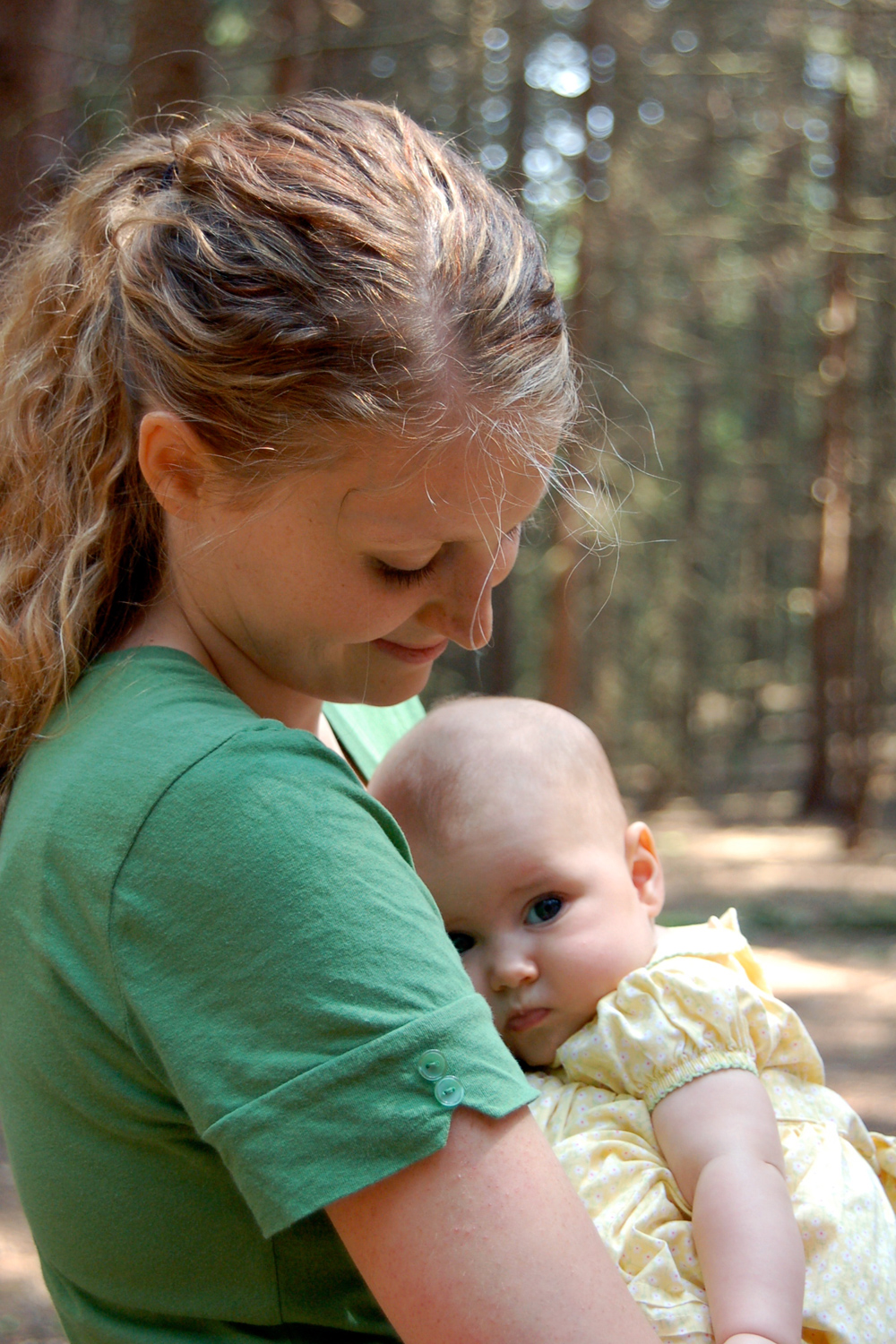 That was the last time I talked to my mom for three solid years. It was my decision to cut things off.

A few weeks after Selah was born, I sent my mom a snail mail letter, requesting that she not contact my family until she got rid of the Coors Lite Drinker.

Even when she did meet Selah 3 years later, it was not because she got rid of the Coors Lite Drinker. He died in a carbon monoxide accident.

It was surprisingly easy to cut things off with my mom. I was emotionally disconnected from all the things that happened while she took on the Mama Crow character. Mama Crow wasn’t my real mom, she was someone else. The hardest part was feeling guilty for the idea that I was possibly in the wrong — keeping a grandmother from her first granddaughter. I didn’t cry over it at the time — I felt nothingness inside. Yet, when I look back from the eyes I have now, I see depression in big, bold letters written all over my face. I was depressed yet clueless to what depression really was.

There is a soul-boring, desperate loneliness that gets poked when you bring a child into the world without your mom. Losing Mama Crow to this boundary I made wasn’t really a loss to me. What was a loss however, was the painful reality that she was not the mom I grew up with. I lost my real mom when she met the Coors Lite Drinker. I lost her to an abusive, alcoholic, drug dealer. I lost her to Coors Lite.

If I want to get in touch with my mom-pain, all I have to do is picture Selah meeting who my mom used to be, way before she met the Coors Lite Drinker. This is most definitely soul torture — picturing life how I had hoped it to be. I weep knowing that my daughters will never know who my mom used to be, only who Mama Crow is now.

No new mom wants to set up a boundary to keep grandparents away from meeting grandchildren.  I didn’t want to cut my mom off. But for the sake of my own children, I had to be brave enough to say, “No, I will not have this for my kids. You stay away until you get help.”

When I looked at my newborn baby, Selah, it was almost impossible to imagine, that a mother could abandon her babies for a meth addicted Coors Lite Drinker.

Video: Tell Your Story, Heal Your Body
Last weekend, our former nanny wanted to have a movie night with our girls, so the Wendy's Eating Husband and I took the chance to crank out some archerfriendly videos. We absolutely loved doing it, e...
Is Your Birth Location Breastfeeding Friendly?
Since it is World Breastfeeding Week, I would like to intercept my detox series with some talk about breastfeeding.  There is a worldwide initiative backed by the  World Health Organization (WH...
I'm In a Constant No Win Situation
Last week, I ran errands with Re'uth while Selah was at preschool.  Errands went faster than expected, and I was ready to pick Selah up 15 minutes early.  What to do with an extra 15 minutes of ti...