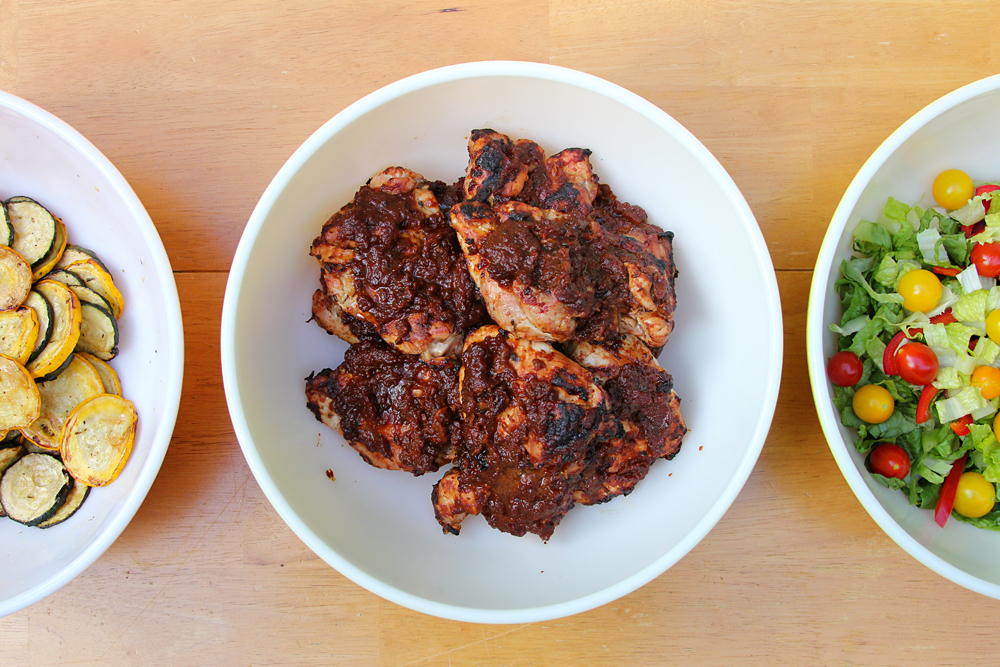 Last summer the Wendy’s Eating Husband lost his job. It happened right before I took my naturopathic clinical board exams.

He decided that this time he really wanted to hold out for the job that he would love, with the people that he would love to be around, and with enough pay to where he would no longer be needing to work two jobs to cover childcare. During school, the Wendy’s Eating Husband started a web design business to help pay for our nannies. Almost all of his web design income, which was his side job, went straight to pay for childcare. This meant that in the evenings after the kids got in bed, I was studying, and he was doing the dishes before he did his web design work. 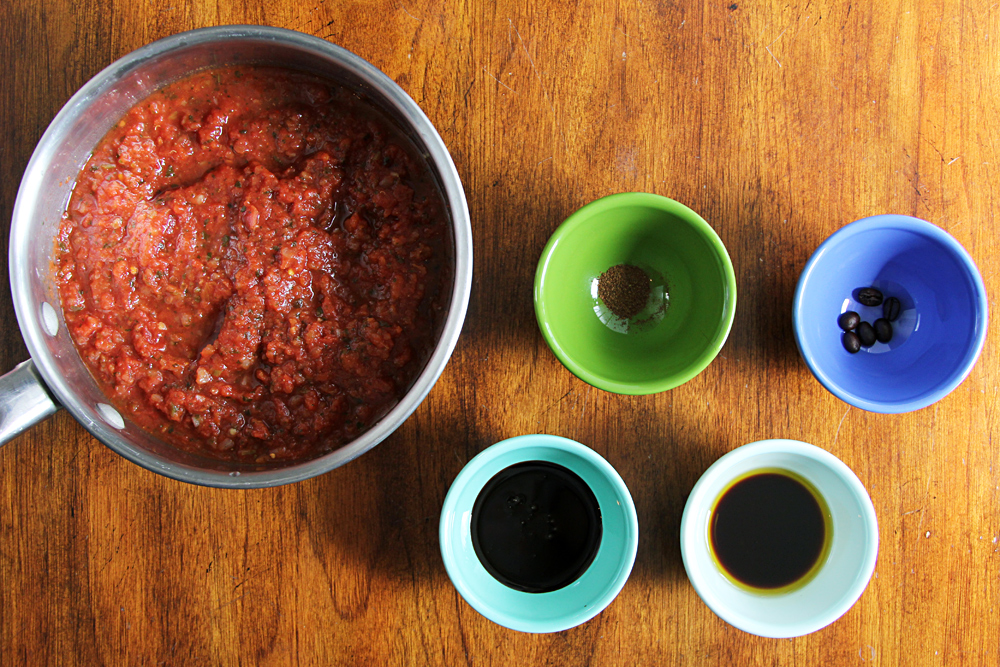 It took him almost two months of searching before he finally landed the job that was at the top of his list. He did get multiple job offers, but if there was something funny about it that he didn’t like, or it wasn’t really what he wanted to be doing or it didn’t really pay enough, he turned it down.

There were a few times, where I wanted him to give in and just take whatever job he could get. I questioned his confidence and how natural it was for him to be at ease about the idea that he would get the job that would perfectly fit all he was looking for.

One amazing thing about the Wendy’s Eating Husband is that he is not one to worry. He has this “We’re gonna be OK” thing down. This is the kind of thing I mean when I say that he’s got a lot of emotional health, that perhaps makes up for his Wendy’s habits. Worry ruins your body at cellular levels, and since he has none of that, maybe his body handles those Frosty’s a little bit better than mine would.

How would our lives and bodies change if we really believed that we’re truly going to be OK? 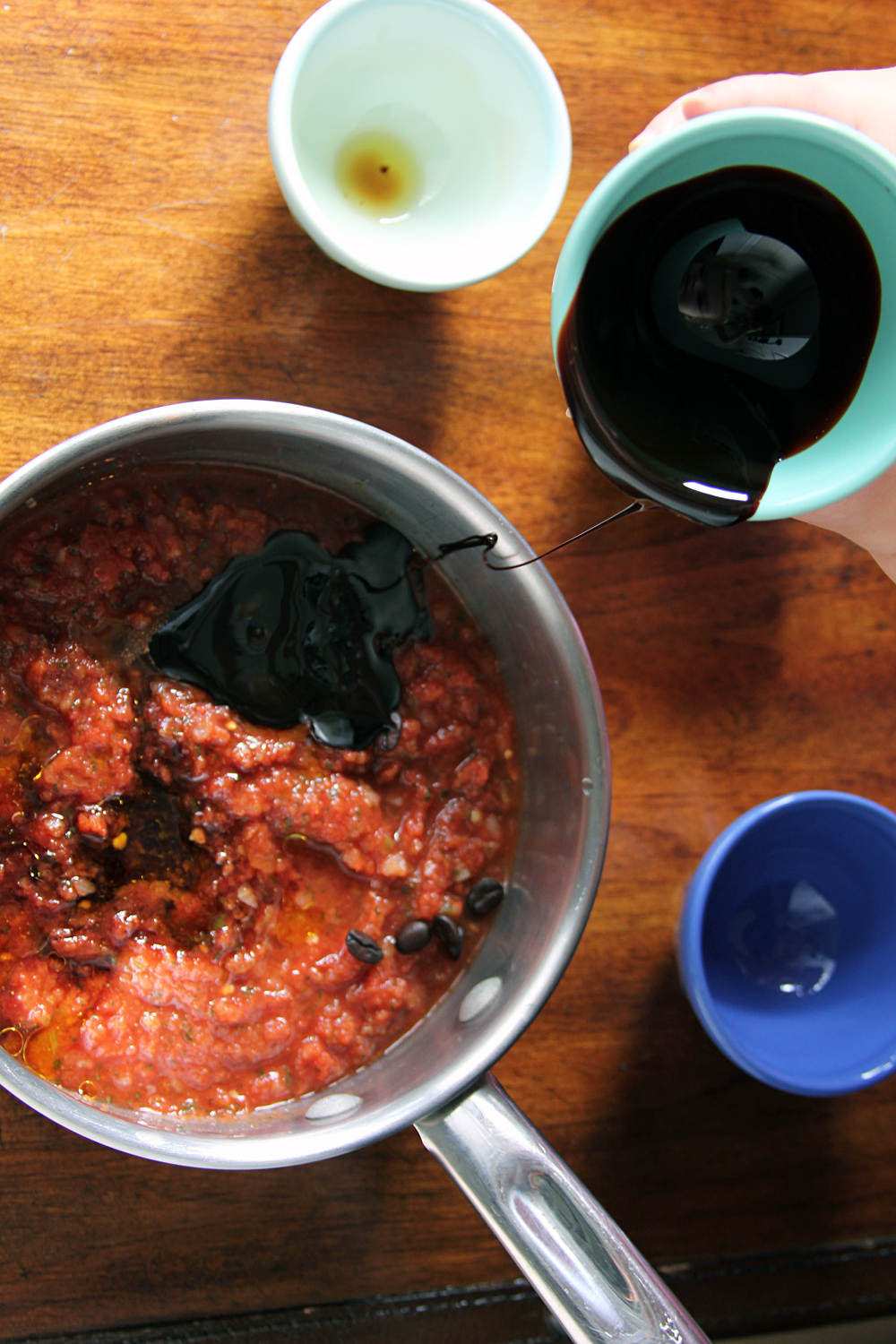 After a really long unemployment vacation, he was offered a job at Medio. This job fit practically everything on his “ideal job for right now” list.

There are a lot of lessons in this for me to think about. I was worried and unsettled; he wasn’t. I was impatient and bug-eyed; he wasn’t. Deep down inside, he knew we were going to be OK, and that was a very real aspect of his day-to-day life during his unemployment vacation — he was never depressed nor down nor despairing, always hopeful. I often wonder if his carefree confidence that he’s going to be OK no matter what comes from his super stable, normal childhood.

It is Bal-salsa-cue because the base of this barbecue sauce is Emerald Valley Salsa. If you don’t have this brand where you live, sub out a fresh salsa and add a pinch of dried chipotle pepper. The salsa is slow cooked with balsamic vinegar, molasses, cloves, and coffee beans.

This recipe is a HUGE hit with the guys. Last summer, it was my go-to food for when we had people over in the summer, and like I mentioned before, I made it for the Wendy’s Eating Husband’s 30th birthday party.

Makes about 20 oz of sauce

Place all ingredients in a pot. Cook uncovered on medium in the beginning, then switch to medium low, for a total of 2 hours. Stir occasionally.

To use this sauce for barbecue chicken, marinate the chicken in the sauce overnight. Set some sauce aside to top the chicken after it is done.

When It Feels Like You've Lost Yourself
I found myself lost during my freshmen year at Auburn University, in my dorm room, sitting at my computer, listening to "You Are So Good to Me" on repeat. The part I loved most about that song wer...
This Bread Is My Ransom
When I wrote about the neverending cold on February 25th, I really thought we were done.  The day after the article was published, Re'uth developed another high fever, which called for another eme...
Strawberry Cacao Ice Cream
We finally made it to strawberry season here in Seattle (or should I say, I finally made it to the farmer's market?).  Life has been very busy going to medical school full time with a toddler, and thi...