useful for the common cold, sore throats, mastitis, and infections 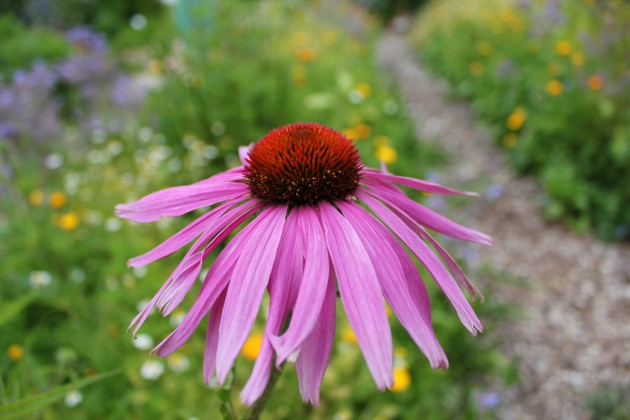 In the past month, I have been sick 3 times (a little too frequent for an aspiring naturopath if you ask me).  The first two times I was sick, I used echinacea.  The symptoms that make you feel really crappy when you’re sick only lasted about two days, even though most upper respiratory infections can last from 5 days to two weeks.  My husband was skeptical of echinacea being so powerful, so the most recent time I got sick (the #3 cold of the month), I held off.  The cold persisted for three days, then four, and by day five I was really giving him the stink eye.  But I should have given myself the stink for avoiding the use of echinacea this time around, because I experienced the full duration of a cold.

When it comes to the common cold, otherwise known as an acute upper respiratory infection, echinacea can shorten its duration and decrease the severity of its symptoms.  This is exactly why echinacea is the only herb everyone seems to know about.  People want to decrease their number of sick days, especially in America, because goodness, we can’t slow down.  It’s all about time here, and if there’s an herb that can buy us time to fight the unproductive hindrance of a cold, we’re going to use it.  But we need to use this herb correctly if we want it to work in this way.

Echinacea is finicky when it comes to timing.  It works best at the very onset or start of an upper respiratory infection.  If you’ve missed this window, you might as well save your money and hold off.  It won’t hurt you to take it later in the game because sometimes it’s needed beyond that early window for other reasons.

Echinacea’s antimicrobial and immune boosting properties contribute to its wide range of applications, both internally and topically.  It is also helps to modulate inflammation, instead of completely blocking inflammation like many NSAIDs and steroids do (anti-inflammatory agents are suppressive).  Echinacea is useful for treating mastitis and vaginal yeast infections, but don’t be fooled because its not limited to women’s health conditions outside of the common cold.  Echinacea can be utilized for pretty much any other type of infection.  It can be used topically for wounds and snake bites.  Its also excellent as a gargle if you have a sore throat.

Echinacea is also very safe, which is why some people use it in pregnancy and lactation.  Of course, if you are pregnant, consult your doctor or midwife before taking any herbs.  Now that you know all of this, isn’t echinacea just the superstar herb?  All of these amazing properties, and yet on top of that, its safe.  Some of our more potent herbs are not as safe, but echinacea is moderately potent and still safe.  Use it with caution if you have an allergy to Asteraceae family plants, since echinacea is in this family.

If you want to use quality herbal medicine, you really need to learn to pay attention to species.  This is for any herb.  Pay attention to the species!  You don’t want to waste your money buying inferior varieties of the actual herb you need.  I don’t mean to bore you with all this species talk, but you need to know that there are three different medicinal species of echinacea: Echinacea angustifolia, Echinacea purpurea, and Echinacea pallida.  I’m not going to talk about E. pallida for the sake of brevity, but that doesn’t mean you can’t use it.  Most of what you find available for purchase is E. purpurea, but many clinicians prefer the use of E. angustifolia, partly due to the legend story I’ll tell you next, and also because they’ve seen it work better.  Please know that E. angustifolia is threatened, so if you purchase it, make sure to buy it from a company that harvests it sustainably.  On the other hand, E. purpurea is easier to cultivate, and it is not a threatened species (which is why E. purpurea is the species in both of my pictures, since they were taken in the Bastyr garden).

The species also start to differ when it comes to which part of the plant is used medicinally.  The large tap root of E. angustifolia is the medicinal plant part.  E. purpurea has whimpy, scraggly roots, so often times the root is combined with other plant parts, or the flowers are used instead of the root.

In the early 1900s, a famous German doctor, Dr. Madaus, heard about this special plant that was native to the midwestern US and parts of Canada.  He made a trip to the United States to obtain the seeds so that he could harvest the plant and study it in his home land.  E. angustifolia was widely used at the time of his visit to the U.S., and that was what he was after, but when he planted it back home, it turned out to be E. purpurea.  Someone ripped him off with the wrong seeds.

Because of the mishap mentioned above, most of the research on echinacea has been done on E. purpurea.  E. angustifolia is not studied as widely as E. purpurea, but it was the preferred traditional medicine, especially among native american tribes.  Many tribes used the E. angustifolia as a remedy for snake bites, and you can still use it in that way today (both internally and topically).  Of course, don’t substitute the herb for proper medical evaluation. 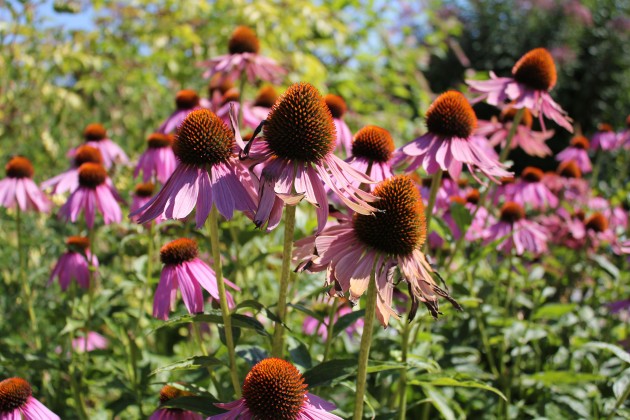 If you would like to start taking echinacea, please consult your naturopathic doctor.  A licensed healthcare practitioner can tailor the dose according to your needs.

Make Your Own Marshmallow Root Cold Infusion
My belly has not been my friend recently, despite all of the archerfriendly food I have fed it.  I've been sipping marshmallow root cold infusions frequently, in hopes that the slimy liquid will c...
Elderberry (Sambucus nigra)
When I think of elderberries, I'm reminded of Grandma Ruth.  I met her when I was 4.  I lost her when I was 16, not to death, but to divorce.  Her son was my step-dad. That makes her my ex-ste...
Cranberry (Vaccinium macrocarpon)
I still remember when my interstitial cystitis symptoms came to a head.  I had been noticing ongoing bladder pain after I drank coffee for several months, but this time, it felt like I had a t...
By Archer Atkins
▲
UP