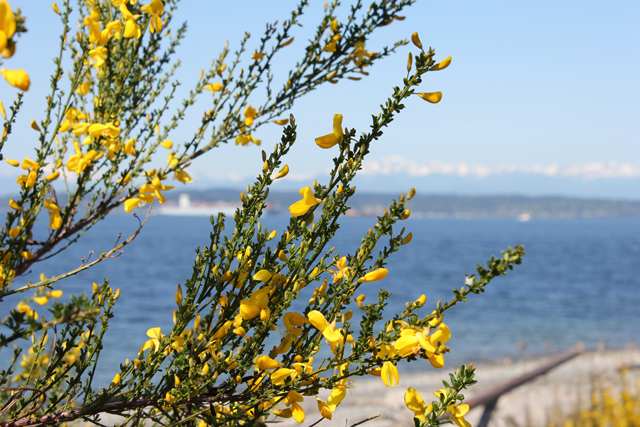 I’m so glad that I photographed Scotch broom last May. I took these photos a year in advance knowing that May through August of this year would be a time starved season.  It is!  I will be Dr. Archer in 42 days.

Scotch broom’s formal latin name is Cytisus scoparius, and the plant is botanically a legume.  It is most widely known as a weed and not a medicinal herb. In the Pacific Northwest, it blooms in May with dandelion colored flowers.

I got all these Scotch broom shots at a local Seattle beach on a sunny spring Saturday morning. The entire family was with me, so we didn’t miss the opportunity to snag some shots of the girls. The Wendy’s Eating Husband got to play photographer while I played hide and seek.  In the photo below, I’m ducked behind the log where Selah and Re’uth are sitting, secretly stabilizing Re’uth.  At 9 months old, she was a little wobbly on there.  Doesn’t all the Scotch broom in the background look like a fake pull down screen? 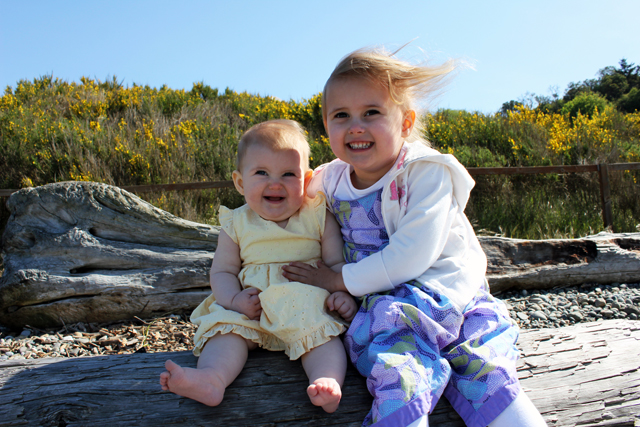 The human heart has a regular rate and rhythm.  When this rhythm goes haywire, it’s known as an arrhythmia.  The location of the arrhythmia determines its severity.  An example of an arrhythmia would be atrial fibrillation, which is one of the most common types of arrhythmias.

Scotch broom is an herbal anti-arrythmic agent, but it is not commonly used.  Many naturopathic physicians feel more comfortable with pharmaceutical interventions in this situation.  However, Dr. John Sherman, ND, said in The Complete Botanical Prescriber, that “atrial and ventricular fibrillation seem to disappear” with the use of Cytisus scoparius.1  This property is most likely do to a constituent in Scotch broom known as sparteine.  This constituent used to be available on the market by itself and was a class 1a antiarrythmic agent.  Sparteine was taken off the market by the FDA.

Scotch broom has a diuretic effect on the body, which may make it useful for edema caused by a cardiac condition.  In case you don’t know what a diuretic is, it helps to pull water out of the body. 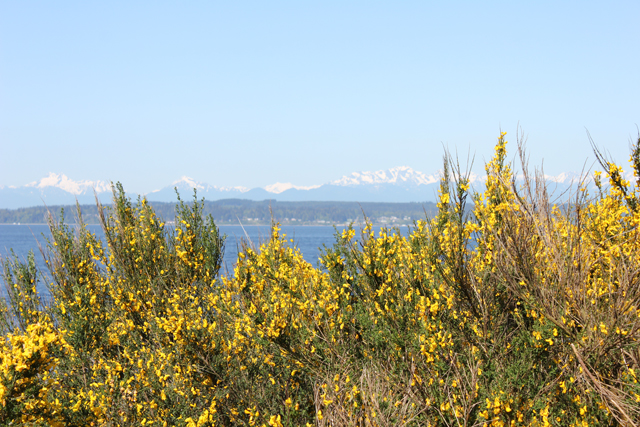 A Natural Cough Remedy You Don't Need to Swallow
When I met the Wendy's Eating Boyfriend at Penn State, one of the first things I learned about him was that he had a coughing problem. I also learned that he didn't start eating sandwiches until high ...
Ginger (Zingiber officinale)
Ginger root is tasty.  Especially when preserved in cane sugar and consumed in the form of crystallized ginger. Tastes like candy. I used to live in sugar snob land where any form of sugar ...
Vitex (Vitex agnus castus)
Using vitex to support chastity is a large part of vitex's rich cultural history, so much so that "chasteberry" and "monk's pepper" are this plant's common names. Traditionally, vitex has been...