My Kids Are Getting Organic Jelly Beans
5

I’m In a Constant No Win Situation

The Case of “Excessive” Time Wasting at the Thrift Store 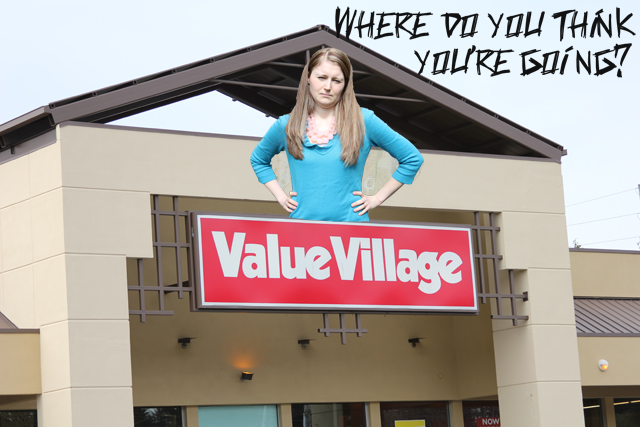 Last week, I ran errands with Re’uth while Selah was at preschool.  Errands went faster than expected, and I was ready to pick Selah up 15 minutes early.  What to do with an extra 15 minutes of time with only one SLEEPING child in tow?  The options I gave myself were to peruse Value Village for 15 minutes or study x-ray stuff in the car for 15 minutes while I parked outside preschool.  Going to the thrift store meant waking her up, of course, but studying meant letting her snooze.

I had a final exam on the x-ray stuff the next day, so what I was supposed to choose was studying in the car.  When you go to medical school and you have two babies, you need to be creative with your time because you have much less of it to study.

My Fun Side said that I should go to Value Village.  Although she has been silent for many serious years, I’m starting to hear her voice again.  This particular day, I paid attention to her, and my Studying Self thought it could use a break. 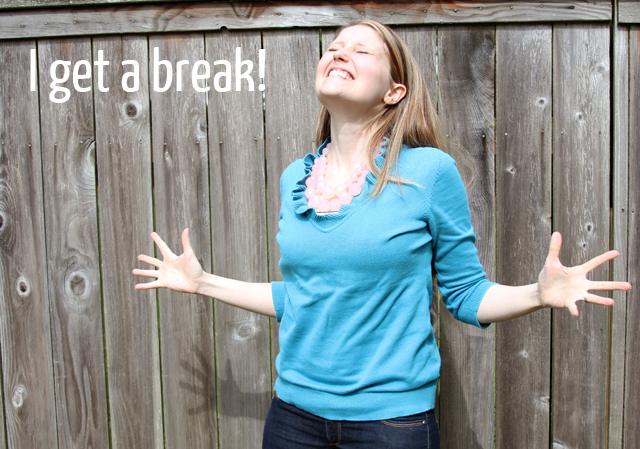 I woke up Re’uth, strapped her in the Ergo, and loitered the dirty isles.  I found nothing.  No longer was I reveling in the break.  My Triple A Personality told me that the trip was worthless and unproductive.  She even didn’t ask me if I enjoyed it because she measures everything in terms of productivity, and has no consideration for pleasure.  I did enjoy it because I never get to do that kind of stuff. 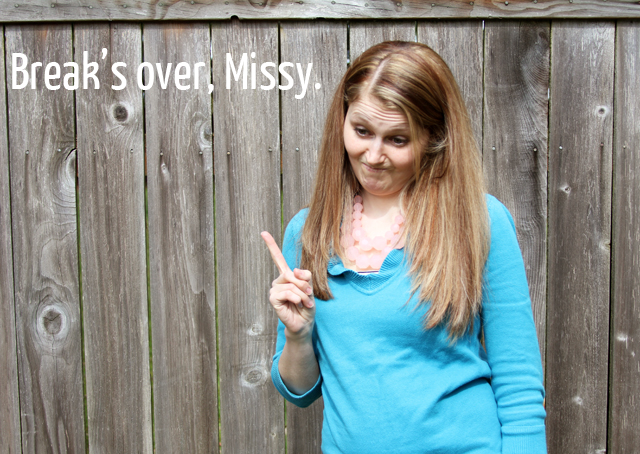 Had I studied in the car instead, I most likely would have been too sleepy to study well.  The night before I had been up until 1 am (terrible, I know).  I felt drowsy and was resisting the urge to slurp up the joe.  If I tried to study the x-ray stuff on this kind of brain I probably would have fallen asleep or given in to Instagram (my new online junking addiction).  If this happened, choosing to “study” would have still resulted in Triple A Personality’s tsk tsk finger.

Then I’d feel guilty for “wasting” time in the car, since of course, there would be nothing productive to show for it.  Triple A Personality would have said, “You should have gone to Value Village!  It would have been more productive!”

Triple A Personality never lets me win.  What that really means is that I set myself up for a no win situation, over and over and over.

I couldn’t ever imagine responding to a friend like this:

“YOU DID WHAT!? YOU SPENT 15 MINUTES IN A THRIFT STORE INSTEAD OF STUDYING TO BE A DOCTOR!?? HOW COULD YOU?!”

Yet, that’s how I treat myself every single day.

You know what? I got a 100% on the final I “should have” studied for during that 15 minute pocket of time.  Take that, Triple A.  Maybe what I needed most was a break.

What are your secrets to letting yourself win?  Have you caught yourself in a constant no win situation with yourself?  If so, how can you give yourself a break?

Travel, Exploration, & Adventure Are Good for You
When I met the Wendy's Eating Husband, I told him that we would never work out. I wrote numbered lists to prove why. One of the top numbered items was that he had never traveled outside of the U.S...
Checklist (and Costs) for Becoming a Naturopathic Doctor in Washington State
A month after I married the Wendy's Eating Husband, we road tripped across the good ole' U.S.A. as part of our cross country move from Pennsylvania to Seattle. We were moving to Seattle so that I ...
Giveaway: Whole Foods Gift Card
Archerfriendly now has over 100 "Likes" on Facebook!  Thank you all so much!  To celebrate, I'm giving away this beautiful $10 gift card to Whole Foods! To enter the random drawing, see the giv...